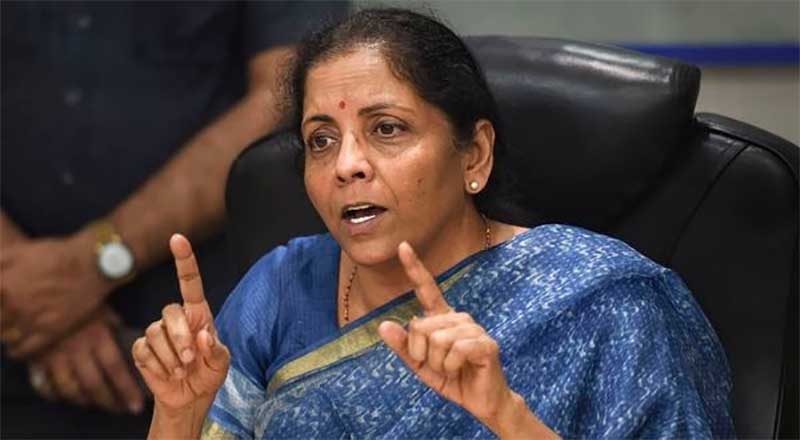 ₹3 lakh crores worth of collateral-free, automatic loans for struggling Micro, Small and Medium Enterprises (MSMEs). Loans will have a four-year tenure and 12 month moratorium on principal repayment. Borrowers with up to ₹25 crore loan outstanding and ₹100 crore turnover are eligible. The scheme can be availed till October 31, 2020.

As part of efforts to support Indian businesses, global tenders will be disallowed for government procurement tenders up to ₹200 crore.

Deadline for filing income tax returns extended to November 30, 2020, and the last date for tax audit extended to October 31, 2020.

A ‘fund of funds’ with a corpus of ₹10,000 will be set up to help MSMEs with growth potential.

The three-month EPF support for businesses and employees — announced for the months of March, April and May — has been extended till August 2020. This will provide liquidity relief of ₹2,500 crore. Statutory PF contribution of both employer and employee will be reduced to 10% each (from the current 12% each) for all establishments covered by EPFO for the next three months.

All contractors engaged by the government to get extensions of up to 6 months.

In a move aimed at giving relief to builders, regulatory authorities will be asked to extend registration and completion dates for all registered projects (expiring on or after March 25) by 6 months.

The Congress criticised the relief measures announced by the Finance Minister, stating that there was nothing in them for migrant workers. “There’s absolutely nothing in the measures announced by Sitharaman today for poor migrants who are walking back to their homes,” said party leader P. Chidambaram. He added that the FM had also not announced any cash transfers “for the nearly 13 crore families in the bottom half of the population who have been pushed into destitution”.

No Plan to show direction for 80% workers lost their jobs

We are keeping the focus on the economy in this edition of Evening Wrap, given a slew of reports indicating negative trends as a result of the lockdown.

According to the Azim Premji University COVID-19 Livelihoods Survey, about 80% of urban workers lost their jobs during the lockdown. The average weekly earnings of those who were still employed fell by 61%. About 80% of urban households consumed less food in April-May compared to February, and 61% could not buy even a week’s worth of essentials.

Similar effects were felt in rural areas too, though to a lesser degree. The results are based on a phone survey of 4,000 workers across 12 States.

Yesterday we had referred to Centre for Monitoring Indian Economy (CMIE) data, which showed that job losses during the lockdown have been disproportionately high among younger Indians, with six crore people between the age of 20 and 39 losing jobs in April. The wider employment situation, however, has shown some improvement in the last week, on the back of a pick-up in agricultural activity and the re-opening of businesses in rural India.

India’s factory output plummeted to record lows in March, with the Index of Industrial Production (IIP) contracting 16.7%. This reflects the drastic impact of the countrywide lockdown that began on March 25. A positive growth of 4.5% was recorded in February. Manufacturing sector output slumped 20% in March, while electricity generation shrank almost 7%, according to data released on Tuesday by the Ministry of Statistics and Programme Implementation.

“April is going to be much worse. I would project a 60-70% decline,” said Pronab Sen, eminent economist and former Chief Statistician of India. “Frankly, I don’t think most industries will see any recovery. FMCG sector may begin some recovery in May, but the rest of the industry is going to remain in the doldrums.”

The number of positive coronavirus cases reported from India stands at 77,553 at the time of publishing this newsletter, with the death toll at 2,528. Globally, more than 4,272,880 infections have been reported, with at least 2,92,000 fatalities.

Two pharmaceutical companies in India have signed deals with American biopharmaceutical firm Gilead Sciences for the sale of the anit-viral drug remdesivir, according to some media reports. Remdesivir was approved by the U.S. Food and Drug Administration earlier this month as a treatment for patients severely ill with Covid-19. The benefits of the drug were talked up, in particular, by the country’s foremost infectious diseases expert Dr. Anthony Fauci.

The pharmaceutical firms — Jubilant Life Sciences and Hetero — signed a non-exclusive licensing agreement for selling remdesivir in 127 countries, including India. As per the agreement, companies will also get the rights to manufacture the drug and scale up production in all low-income and middle-income countries, as well as some high-income nations, according to a Reuters report.