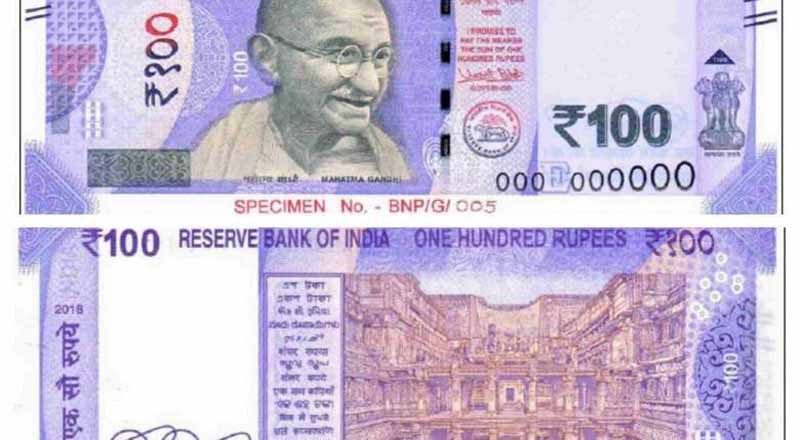 The Reserve Bank of India (RBI) had, on July 19, announced that the bank is planning to release a new lavender-coloured Rs 100 note which would have RBI Governor Urjit Patel’s signature on it. Now a question remain unanswered, concern is on striking a balance between the supply of new notes and withdrawal of the old ones. the report states that the process can take one year or more to complete. An official told the publication that the process will be carried out in phases.

This is the fifth new banknote size to be issued by the central bank since demonetisation in November 2016. The ATM industry is just about finishing the calibrating the ATMS for Rs 200 denomination. This recalibration would again require investment in terms of cost and efforts.The exercise of recalibration of the new Rs 100 note could take over Rs 100 crore and 12 months of time to completely recalibrate 2.4 lakh ATMs in the country.

Introduction of the indigenous note is a proud moment for the country and also for every Indian. The Reserve Bank of India’s (RBI) announcement launching a new series of 100-rupee denomination notes has been greeted with trepidation by the major companies engaged in the manufacture and supply of Automatic Teller Machines (ATMs) in the country.

The RBI said in its notification that initially, the new Rs 100 notes will be dispensed only through bank branches and printing and supply would gradually increase. Antony said it is important to have sufficient supply of Rs 100 and Rs 200 notes to ensure there are enough lower denomination currency notes in circulation for all transactions.

At present, as per National Payments Council of India Ltd (NPCIL), there are around 237,000 ATMs functional in the country, but to adequately cater to the entire country’s population, the need is almost three-four times more, or around a million ATMs. As per official data, barely 30 per cent of bank account holders in the country regularly use their ATM cards and the others prefer cash transactions. There are problems of infrastructure and connectivity which hamper growth of ATMs network.