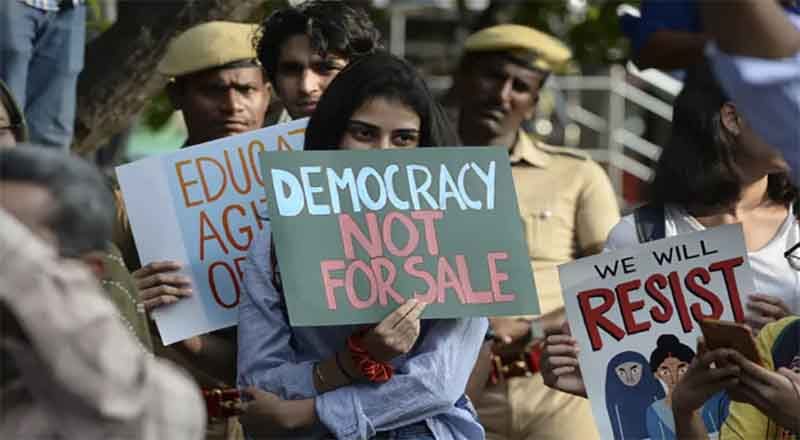 In an open letter issued by as many as 106 retired bureaucrats said that both NPR and NRC were “unnecessary and wasteful exercises” that will cause hardships to public. The letter also cites reservations about the constitutional validity of the new citizenship law.

“We have our grave reservations about the Constitutional validity of the CAA provisions, which we also consider to be morally indefensible. We would like to emphasise that a statute that consciously excludes the Muslim religion from its purview is bound to give rise to apprehensions in what is a very large segment of India’s population,” said the letter, titled “India does not need the CAA-NPR-NRIC”.

“At a time when the economic situation in the country warrants the closest attention of the government, India can ill afford a situation where the citizenry and the government enter into confrontation on the roads,” said the letter.

“Nor is it desirable to have a situation where the majority of State Governments are not inclined to implement the NPR/NRIC, leading to an impasse in Centre-state relations, so crucial in a federal set-up like India,” it added.

The letter further said, “We see a situation developing where India is in danger of losing international goodwill and alienating its immediate neighbours, with adverse consequences for the security set-up in the sub-continent.”

“Our group of former civil servants, with many years of service in the public sphere, is firmly of the view that both the NPR and the NRIC are unnecessary and wasteful exercises, which will cause hardship to the public at large and will also entail public expenditure that is better spent on schemes benefiting the poor and disadvantaged sections of society,” the letter said.

“We are apprehensive that the vast powers to include or exclude a person from the Local Register of Indian Citizens that is going to be vested in the bureaucracy at a fairly junior level has the scope to be employed in an arbitrary and discriminatory manner, subject to local pressures and to meet specific political objectives, not to mention the unbridled scope for large-scale corruption,” said the letter.

“That the Muslim community has had to face the brunt of police action in recent days only in those states where the local police is controlled by the party in power at the Centre only adds credence to the widespread feeling that the NPR-NRIC exercise could be used for selective targeting of specific communities and individuals,” it said.