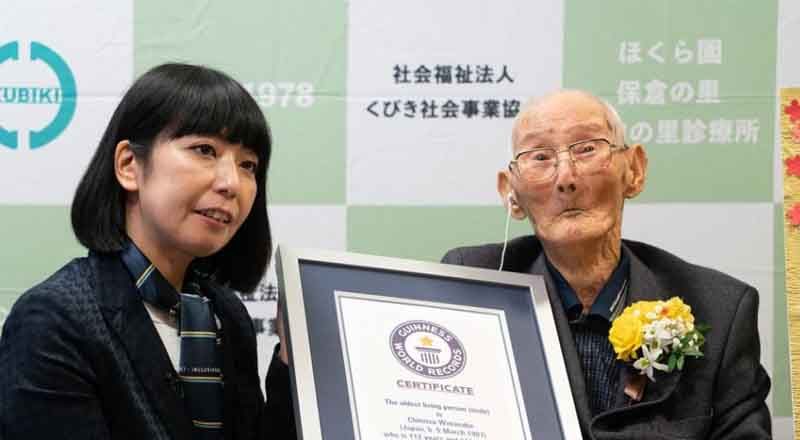 Centenarian Japanese man Chitetsu Watanabe has been named as the world’s oldest living man at the age of 112 years and 344 days.

Chitetsu lived in Taiwan for 18 years, where he worked in a sugar cane plantation. He returned to Japan after WWII, and worked as a civil servant till his retirement.

Watanabe served in the military toward the end of the Pacific War in 1944. He then returned to Niigata and worked at an agricultural office until he retired.

Retirement didn’t stop him from being active, however. In 1974, he and his son built a new family home and grew vegetables and fruit there until Watanabe was 104.

Until about a decade ago, Watanabe grew and shaped small bonsai trees. His work was even exhibited.

Watanabe was presented with the official certificate Wednesday by Guinness World Records Japan’s Country manager Kaoru Ishikawa at his nursing home in Niigata, his hometown.

Sharing his long life secret to the Guinness Book of World record he said, “Don’t get angry and keep a smile on your face,” is the secret to live long.