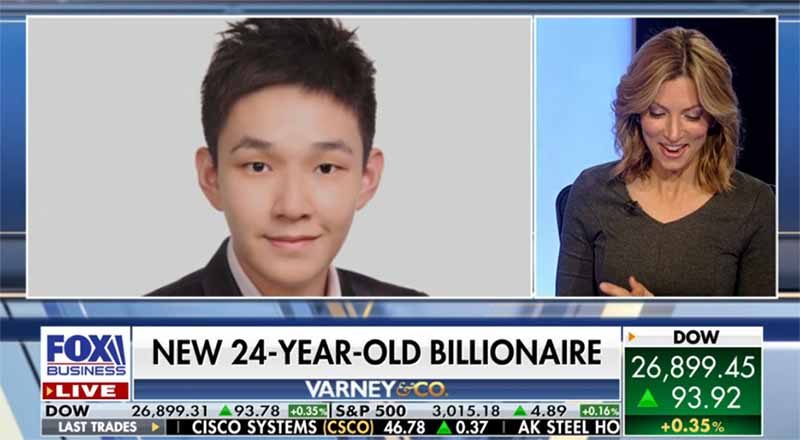 Getting into the Billionaire club is just in a fingertip for a children born to  billionaire family. It has happened with a 24-year-old. Eric Tse was gifted nearly $4 billion from his family .

Tse’s parents are executive directors of a Chinese investment company that sells pharmaceutical products. This week they decided to give him a fifth of the company’s shares.

Tse is graduated from University of Pennsylvania’s Wharton School of Finance, will also sit on the company’s executive board. Tse  parties with up with celebrities like Rihanna and Bella Hadid. He watches basketball games with Yao Ming.

Tse, who is from Hong Kong, is the latest member of Asia’s booming billionaire club — but apparently wants no part in the wealth rankings. The company statement said “he will endeavour not to participate in such rankings in his own name, and would recommend participating in such nominations in the name of the Tse Ping family.”

The statement suggests he wants to keep a low profile — yet as documented on Instagram, he’s been rubbing elbows with the rich and famous long before the share transfers. In 2017, he posed with renowned models Bella Hadid and Lily Aldridge at a Bulgari party in Venice. Just a few months later, he posted a photo with singer and Fenty Beauty owner Rihanna in New York, captioning it, “Party with my idol.”

His Instagram posts tell the story of a globetrotting life — snowboarding in Japan, parasailing in Thailand, swimming with dolphins in the Bahamas.

Father Tse Ping was previously a committee member of the Chinese People’s Political Consultative Conference (CPPCC), the country’s top political advisory body. On October 1, the 70th anniversary of the founding of the People’s Republic of China, the younger Tse attended Beijing celebrations open only to invited guests and dignitaries.

The company statement on Tuesday said Tse’s parents had transferred the shares to him “to refine the management and inheritance of family wealth.” The document was signed by the company’s chairwoman, Theresa Tse — Eric’s sister.

Shares aside, Tse also gained a new position — executive director of the company’s executive board committee. According to the company statement, before being given this role, he previously served as CEO at the North America arm of recruitment company Liepin.