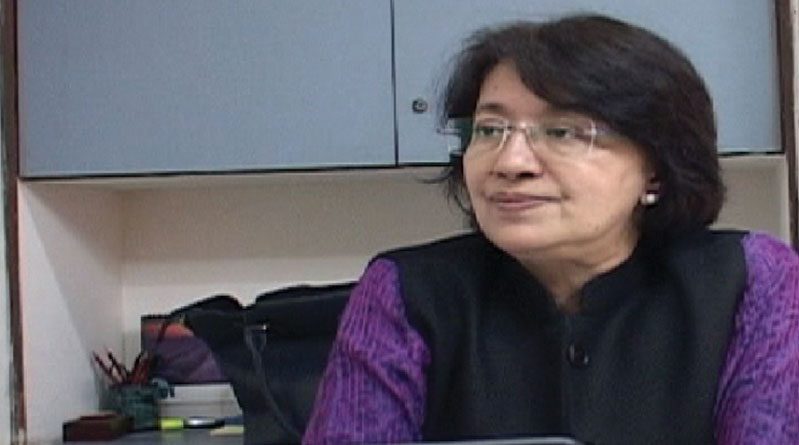 Since you are mostly concerned with securing elderly rights and liberty in the society, what kind of initiatives are you taking that concern their well being?

Our goal at HelpAge India is to fight poverty isolation and neglect. From welfare, development to rights – these are the three areas we look at. If you consider a disadvantaged elderly, what does he need – he needs 2 meals a day, essential healthcare support, some disposable income, and if any government schemes are on, he should be part of it. So we have to secure him and his right to food, healthcare, and access to whatever schemes or social security aid that the government has put out for him. Our major work is in the area of healthcare – we have these mobile healthcare vans which go across India. These are initiatives funded by corporates. There are specific corporates who would identify specific areas where they want us to work. Each medical van would have a doctor, a paramedic, a compounder and a social worker. Each van would cover 10 points of call in a week, which means that if the van is at Point A in the morning on a Monday, afternoon it will be at B and evening at C. The next Monday it will again start at Point A. This ways it gives regularity in the check-ups and treatment of the elderly population.

We also do health camps, that can be preventive health camp as well as interventions to take a patient back into formal system of healthcare. For instance we would do cataract camps in the unreached rural areas, where we will identify the cataract patients and get them to the hospitals to get the cataract surgery done.

We are also in the field of cancer care and concentrate primarily on palliative care. We have also concentrated on livelihoods and accordingly spend the fund available in equipping the elders who in return could help themselves. We have also formed elder self help groups in identified rural areas where the groups are mentored and taught to access institutional bank credit.

What kind of presence do you have in the country as of now?

We are present in each of the state capitals and have our field officers at other locations as well. Essentially we have our own state office. Of course we have very few people but we do work with partners; for instance in the area of cataract surgery, there are hundreds of identified partnered hospitals with whom we work. Again in the area of Cancer Care, we work with other NGOs to give palliative care. Since it is not possible to have our presence everywhere, we identify people with whom we can drive a common cause and eventually work with them. Corporates give us financial support, but with NGOs we figure out where the financial support can be directed to. There are times when we would give grant to a partner NGO to do our work where it is not possible for us to physically reach and carry out the work.

What is the number of partners that you work with today?

The number of partner NGOs we work with today varies from time to time. All that we know is that we reach out to 1 & a half million elders every year. But we keep saying that that is too little. Because there are a 100 million elderly in India today and we know that of them, 90 million still need to work to survive, because they are that poor. So we can easily say that 90 million elderly are disadvantaged who would need support in whichever way possible. We keep saying that while we think that the work we do is meaningful, but it too little a scope for a country as large as India.

Do you also involve youngsters from schools and colleges into your awareness campaigns, given their high level of participation in social causes?

We have a program called SAVE, which stands for Student Action for Value Education, where we reach out to schools and we try and talk about elder values and age care values with the children. We invite them to work with us, be it through a fund raising program or a visit to an old age home. We try and involve the children in these activities. We have found that probably this initiative is successful because over the years I have met so many people who have said that, yes we have fundraised for HelpAge when we were in school or college.

HelpAge India has launched a security app for senior citizens recently. Could you throw some more light on its adoption and usage?

One of the distressing facts about India is the prevalent level of elder abuse. Over the past 5 years HelpAge has carried out pan India surveys among elders to ascertain the prevalence, extent and severity of Elder Abuse in India. Of those surveyed, half of the elderly (50%) reported experiencing abuse. By abuse I don’t mean physical abuse alone, but it also indicates verbal abuse and neglect. The commonest abuse is neglect, which in Hindi we call it ‘andekha’. Like for instance, there is an elder in the room but you don’t acknowledge that elder. That can happen in each of our families today. If there is a family discussion or dinner going on, all the active members would have an opinion but the elder would be just sitting in a corner all alone and debarred from having any say in family matters. This kind of behaviour is taking away substantially from one’s behaviour.

The other abuse is a serious one, which is abandonment. People have been turned out of the house, denied food, medicine or some even kicked or beaten. Most of the time people don’t know how to report it or whom to call for intervention. Even when someone complains, he/she does not want the identity to be revealed.

In the survey done, the Daughter-in-law (61 per cent) and Son (59%) emerged as the topmost perpetrators. The elder victims cited that the primary reasons underlying their abuse are-’emotional dependence on the abuser’ (46%), ‘economic dependence on the abuser’ (45%) and ‘changing ethos’ (38%). Unfortunately 41 per cent of those abused, did not report the matter to anyone, “Maintaining confidentiality of the family matter” was cited as the major reason (59%).

We then decided to come up with an app which will have many aspects to it and not just have a feature for reporting an elder abuse. In the ‘HelpAge SOS’ App as it’s called, one has to just touch the app and the phone will ring at the helpline which is there at the periphery of that calling zone. The app will sense the geographic location and reach out to the nearest helpline center. The caller need not even have to give the identity but he needs to confirm the address. The SOS stands for ‘Save Our Seniors’. Its 24×7 functionality aims at helping elders in distress at any given time. The App currently is functional only on Android Smart Phones; HelpAge is working on making it functional on other operating systems as well.

The App has two other core features. One is to empower the elder with ‘Information on Critical Issues’ related to them, such as: ‘How to make a Will’, in a large number of cases of abuse the reason is Property, learning how to make a Will, can help safeguard our elders. It will also house information about the Maintenance and Welfare of Parents and Senior Citizens Act, as most elders don’t even know that such an Act exists to protect them, as per which if the carer/ child responsible for the elder’s well-being does not do his duty, he/she can be fined or even jailed. There is also information on How to take care of their Health in later years, How to live an active life, about their Rights & Entitlements, Financial Planning etc.

The third feature of the App provides real time GPS enabled information on retail outlets that provide discounts to senior citizens who are members of the HelpAge Advantage Card program. Any elder can avail this benefit card by simply contacting HelpAge.