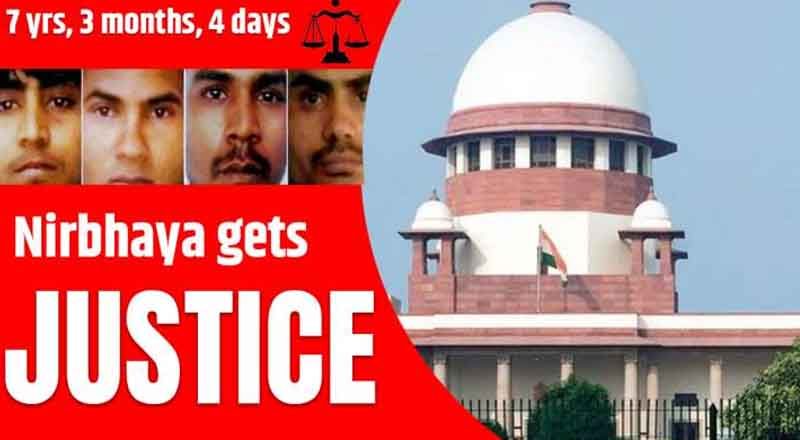 The thrice deferred death warrants were finally put to rest on March 3, when a fresh death warrant for the four out of six convicts was finalised on March 20.

While one of them had committed suicide inside the jail during the beginning of the trial, one who was a juvenile, was put in correctional home, and was released later in 2015.

The victim breathed her last in Singapore while undergoing treatment. Her parents fought a war with the system to win justice for her.

The road to the gallows was a long one, passing from courts to Presidents’ office, back to Supreme Court that heard and rejected various curative petitions. Finally, justice was served!

After the convicts were hanged, Nirbhaya’s mother Asha Devi told the press, “I hugged my daughter’s photo and said, ”Today, you’ve got justice”.

Soon after the execution of the four convicts, who were hanged at Delhi’s Tihar Jail today at 5:30 am on Friday, 20 March, Nirbhaya’s mother Asha Devi said that justice was delayed, but not denied, and added that she and her husband would continue their fight for justice for India’s daughters. She also thanked the judicial system and the citizens of the country who fought with her for their daughter’s justice.

“We will request the Supreme Court to issue guidelines so that no one can adopt delaying tactics in such cases in the future,” said Asha Devi.