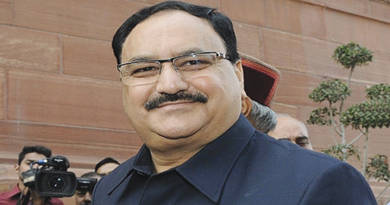 In 2014, the newly formed NDA government made a promise to the people of India – that of safeguarding their health and providing the men, women, and children of this country the best chance to survive and thrive. One of the key initiatives was to protect as many of our children against as many diseases as possible, with the introduction of new vaccines into the Universal Immunization Programme (UIP), as well as by ensuring that these reach the unreached.

This was one of the most significant policy decisions in the public health area taken under the leadership of PM Narendra Modi.

For decades, our children have died from diseases that could be prevented. One child every three minutes – that is the tragic toll pneumonia claims in this country. There has been an urgent need to protect and save those children.

Introduction of new vaccines is key to reducing childhood and infant mortality and morbidity in the country. In the last two years, through the UIP, the medical world saw the introduction of the Inactivated Polio Vaccine (IPV), Rotavirus vaccine (RVV) against diarrhoea, and the measles-rubella (MR) vaccine to protect against both measles and rubella.

The latest weapon being introduced is the pneumococcal conjugate vaccine (PCV). More than 130 countries worldwide have introduced PCV as part of their childhood immunization programmes, in line with World Health Organization (WHO) global recommendations. This vaccine provides protection against one of the most common causes of pneumonia – a bacterium called pneumococcus. This bacterium also causes other diseases such as ear infections, meningitis and blood infections, with some of these resulting in death or serious disabilities. It helps protect against the bacterium that causes the maximum number of child pneumonia deaths worldwide and in India.

This vaccine has long been available in the private sector in India, but by introducing it in the UIP, it is ensured that this vaccine reaches all children, especially those who need it the most, the underprivileged and underserved.

All new vaccines, including the PCV, have been included in the UIP at the recommendation of National Technical Advisory Group on Immunisation (NTAGI) and following this procedure. The Health Ministry has started introducing it in parts of Bihar, parts of Uttar Pradesh and Himachal Pradesh, but the plan is to soon cover all of India. It is an expensive vaccine, but it will now be available for all the citizens for free. The cost to the government exchequer is offset by the additional economic benefits of having a healthier society.

With close to 1.8 lakh deaths and over 20 lakh cases annually, child pneumonia poses a significant financial burden on India. The costs of treating a case of pneumonia perpetuates the cycle of poverty. Parents of children who contract pneumonia have to pay expensive hospital bills, which can cost them several months in wages. To add to this, they have to take time off and stay home to care for sick children, negatively impacting India’s economy. Healthier children enjoy better cognitive development, are better in school, missing fewer days, and in the long run, when they join the workforce, they tend to be more productive and earn more. There are several global examples where healthier populations grow their incomes and escape from poverty quicker, making PCV an investment into India’s progress towards becoming an economically developed nation. India leads the world in pneumonia deaths but, with the launch of PCV, there are definite chances at changing that statistic and making a serious dent in our contribution to the global burden of the disease.

Today, the UIP provides Indian children with vaccines for 11 deadly and debilitating diseases; the introduction of PCV will increase that number to 12. Recently released National Family Health Survey (NFHS-4) data shows that India’s full immunization coverage stands at 62%, up from 43.5% just a decade ago. More vaccines and higher coverage have helped to drastically reduce our infant and child deaths. To accelerate that momentum, Mission Indradhanush was launched in 2014 to reach the most vulnerable and ensure 90% of India’s children have access to life-saving vaccines by 2020.

This project now has attained top speed with our Honourable Prime Minister rescheduling the target to 2018, emphasizing that no child should be left behind.