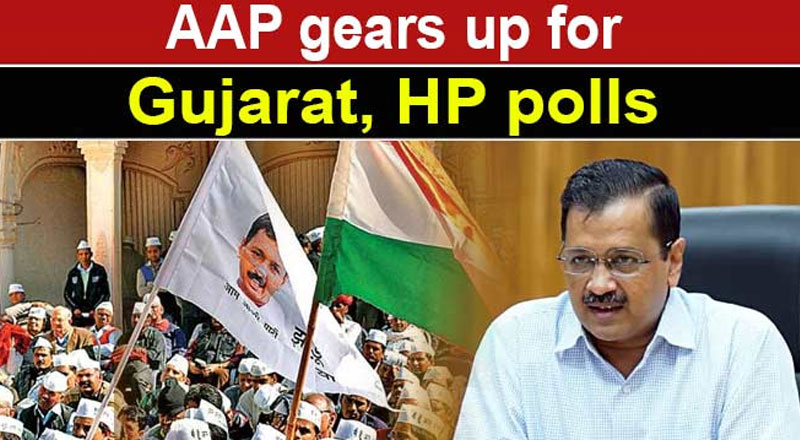 will kickstart the campaign for Gujarat and Himachal Pradesh Assembly polls from the first week of April.

Delhi Chief Minister and AAP national convenor Arvind Kejriwal and his Punjab counterpart Bhagwant Mann will hold a roadshow in Ahmedabad on April 2.

Kejriwal will also hold meetings with party leaders of the Gujarat unit on March 3.

Further, Kejriwal and Mann will hold a Tiranga Yatra in Himachal Pradesh’s Mandi on April 6.

Assembly polls in Gujarat and Himachal Pradesh are slated to be held later this year.

Charged with its landslide victory in the recently held Punjab Assembly elections,AAP is seeking to expand its footprint in other states. (MANISH)