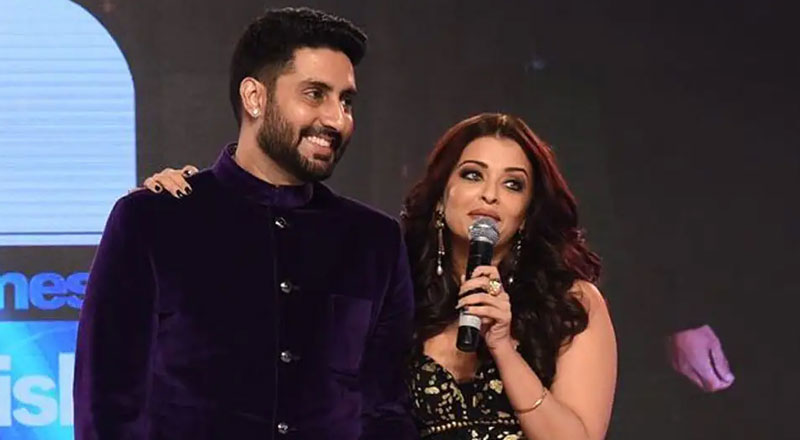 Actor Abhishek Bachchan’s performance in the recently released ‘Dasvi’ has been praised by one and all. In his latest interview, he revealed a few of his quirks and guess what? It is his doting wife Aishwarya who orders food for him when he is on an outdoor schedule.

Abhishek Bachchan told RJ Siddharth Kannan, “I have certain quirks. If I am outdoor and my wife will call me in the evening asking ‘how’s your day’ whatever, normal husband-wife chat. She says ‘have you eaten,’ I say ‘no.’ She says ‘okay what do you want to eat’ and I tell her and then she will…I can’t call room service. Aishwarya has to call (room service), otherwise she knows I won’t eat. I have this issue. I have a problem speaking to a stranger on the phone.”

He also opened up about being shy. “I am very conscious. People laugh at me. We’re sitting in a hotel today, doing our press tour, and if there isn’t somebody to help me walk through the lobby, I won’t come in. I am scared to enter a place alone. I need somebody around me, I would rather have somebody who can guide me. I’m very shy that way, ” he added.

Abhishek was recently seen in Dasvi, co-starring Yami Gautam and Nimrat Kaur. The film streamed on Netflix India and Jio Cinema on April 7, 2022.