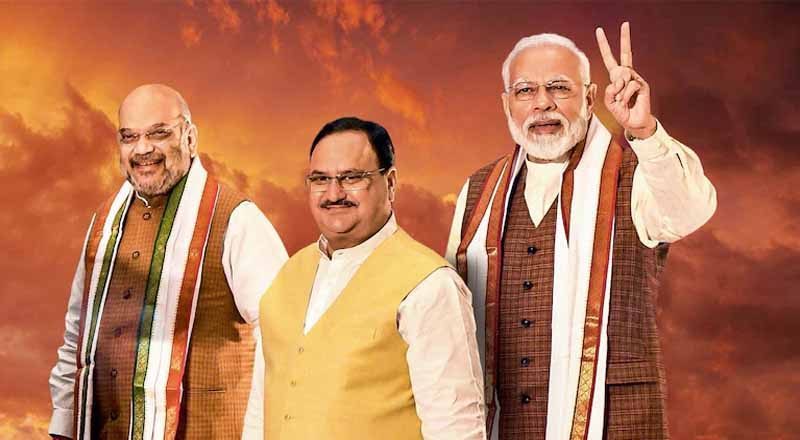 BJP registered a significant success in retaining office in Assam and good number of seats in West Bengal BJP suddenly gained 40% of the vote share.

There are many reasons why the BJP has grown so fast in West Bengal where it has not been a traditional player. Still, with several TMC members having defected to the BJP in the run-up to the 2021 state polls, including Mamata Banerjee, boss of TMC has lost her seat from Nandigram  constituency to the BJP candidate Suvendu Adhikari, Mamata’s former political associate, was a prize catch for the BJP. He proved a formidable opponent to Mamata in Nandigram, an assembly seat she ventured into only to prove a point to him instead of sticking to Bhawanipur, her comfort zone.

A report shows, in the last election, from the total Assembly seat of 294 , BJP just managed only 10% votes and three seats five years ago in Bengal. After putting all the efforts BJP has gained good number of 77( Double Seven), which shows a lucky number for BJP, to grow further.

In a pool campaign PM Modi mentioned to Mamata as “Didi, o, Didi” in a harsh mixture of sounds that jarred like an affront and not a respectable form of address. An expert says, from that day, the voters have changed their mind. TMC has taken the slogan to the next level and gained sympathy from the state.

An expert said, the present pandemic, resulted economic slowdown, Crisis in the health sector due to huge population in the country, BJP has to implement a strong plan for the coming election in Uttar Pradesh in 2022. Oppositions are completely geared up with the present crisis happening across the country.