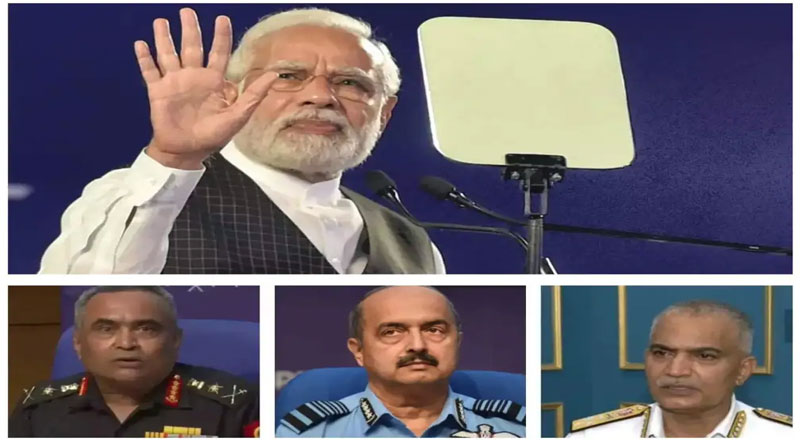 PM Modi is likely to hold separate meetings today with the three defence chiefs as protests against the Agnipath recruitment scheme simmered across the country. Here are the latest development.

Prime Minister Narendra Modi is likely to hold separate meetings on Tuesday, June 21, with chiefs of the Indian Army, Navy and Air Force amid a spate of strident protests across the country against the Agnipath recruitment scheme.

Assurances to defence job aspirants continued to be trotted out on Tuesday, as Haryana Chief Minister Manohar Lal Khattar announced

On Monday, the Army issued a notification for the induction of soldiers under the Agnipath military recruitment scheme under which the online registration of applicants will begin next month. Officials from the three services have already outlined the broad schedule of enrolment of Agniveers under the new policy.

the youth and the armed forces. He urged aspirants to not be misled by wrong information and assured there will be positive changes and tweaks made in the scheme as it is rolled out.

While the government and the defence machinery was in firefighting mode, those opposed to the Agnipath scheme called a Bharat Bandh on Monday. More than 5000 security personnel were deployed in Jharkhand and schools remained shut across the state. Delhi Police arrested 16 Youth Congress workers who blocked the tracks at Shivaji Bridge railway station and stopped a train.

due to traffic restrictions in place to deter protesters and prevent any untoward incident. Commuters from Noida and Gurugram were particularly hassled as vehicle checks brought traffic to a standstill. While arterial roads in the capital were completely clogged, it was business as usual in marketplaces despite the shutdown

As many as 612 trains were affected on Monday as the call for Bharat Bandh by Anti-Agnipath protesters disrupted operations. Of this, 602 trains were cancelled, including 223 mail and express trains and 379 passenger trains, the Railways said. The worst-affected zone was the East Central Railway.

The Agnipath scheme provides for recruitment of youths between the age bracket of 17.5 years to 21 for four years, with a provision to retain 25 per cent of them for 15 more years. Recruits under the program, called Agniveers, will get Rs 11.71 lakh as Seva Nidhi Package after their four-year tenure ends.

Those opposed to the scheme are demanding an immediate rollback as they are unhappy with the length of service, no pension provisions for those released early and the 17.5 to 21-year age restriction that makes many of them ineligible