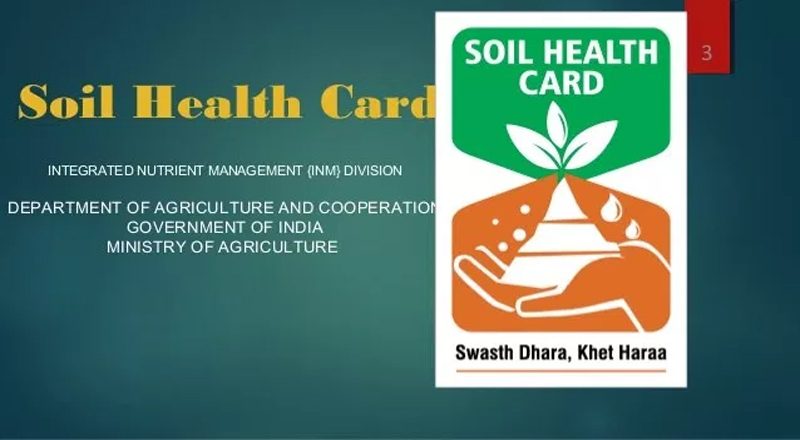 In a Consultative Committee meeting with the agenda of Soil Health Card (SHC), on 27 of July, Union Agriculture and Farmers Welfare Ministers, Shri Radha Mohan Singh said that the growth of agriculture sector is being discussed for a long time, but for the first time since independence, the development work in agriculture sector along with the improvement in the economic condition of farmers have been accelerated at the grass root level.

“It is the dream of the Honourable Prime Minister, Shri Narendra Modi to double the income of farmers by 2022 and make to farmers realise their significant contribution to the nation building”, He added.

To achieve this goal, action on three pillars needs to be taken, ‘first pillar is that the cost of production should be reduced and productivity should be increased’. ‘The second pillar is that farmers need to diversify and adopt other agricultural activities such as animal husbandry, poultry, goat farming, bee keeping, and timber plantation’.  ‘The third and the most important pillar is that farmers get regulated markets close to their farms to sell their produce and earn profitable returns’. Shri singh said.

The Agriculture Minister also said that to reduce the cost of production, increase the productivity and to distribute SHC to the farmers across the nation, the Government has launched this ambitious scheme.  SHC recommends ways to improve the soil quality, appropriate dosage of nutrients for improving soil health and its fertility to analyse the nutrient level.

In every two years the soil health will be reviewed to examine nutrients deficiencies so that corrective measures can be taken accordingly.  The salient features of SHC include adoption of uniformed approach towards sample collection and testing in laboratories, one coverage for all the land in the country, and issue Soil Health Card in every 2 years.

Shri Singh opined that for the first time a uniform soil specimen parameter has been adopted.  In the irrigated areas, samples will be drawn on a grid of 2.5 hac. In rain-fed areas, sampling will be done in a 10 ha.  GPS-based soil sample collection has been made mandatory to create a systematic database to monitor changes in soil and compare it to the previous years.

Shri Singh informed that the scheme is not only reducing the cost of production, but also identification and utility of nutrients have also increased. During 2014-17, Rs.253.82 cr. has been released for the scheme. Chemical fertilisers consumption dropped by 8 to 10% during the year 2016-17 as compared to 2015-16. Overall production increased by 10 to 12%.

Minister urged the members to make efforts to achieve the target in their respective states as soon as possible by saying that, some states have witnessed growth in this sector and 16 states have already achieved the target, while 9 states are set to achieve the target by the end of July 2017.  However, the progress is slow in seven states, which include Uttar Pradesh, Rajasthan, Bihar, Punjab, Assam, Jammu and Kashmir and Manipur.