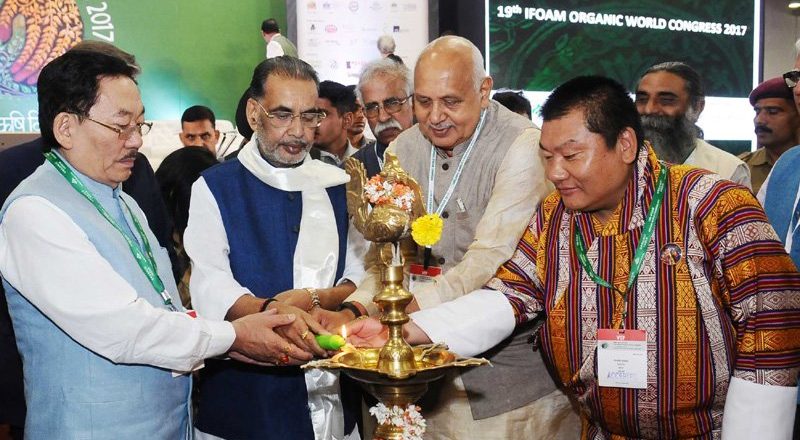 Union Agriculture and Farmers’ Welfare Minister, Shri Radha Mohan Singh has inaugurated the three-day Organic World Congress – 2017 which is being organized at India Expo Centre in Greater Noida. The International Federation of Organic Farming Movements (IFOAM) and OAFI are organizing the event where 55 seeds group from 15 Indian states will showcase 4,000 varieties of seeds.Thsi will see the participation of 1,400 representatives from 110 countries, and 2000 delegates from India.

The goal is to move from organic India to the organic world. The Minister said it is important to understand that India is one of the oldest organic agricultural nations of the world. Even today, large areas and regions of the country practice traditional organic farming. One of the highlights of the event is the exhibition of carefully preserved diverse indigenous seed varieties over generations.