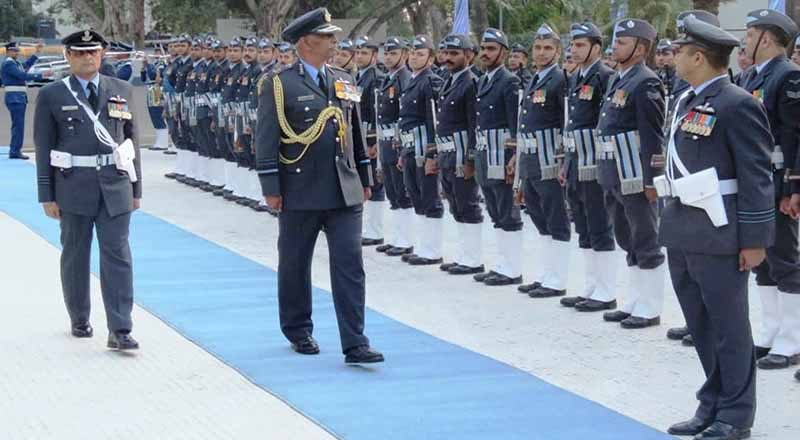 The Air Marshal was commissioned in Flying Branch of Indian Air Force in the  year 1979. He has been a Qualified Flying Instructor and a Fighter Combat Leader having more than 3300 hours of flying to his credit. He graduated from Defence Services Staff College and National Defence College. During his meritorious service to the nation, he had done instructional tenures at Fighter Training Wing, Tactics and Air Combat Development Establishment (TACDE) and College of Air Warfare. He has commanded a MiG-21 Sqn, TACDE and a frontline fighter base. His staff appointments included Ops 1A, Air-1 at Headquarter Western Air Command and Deputy Director Air Staff Inspection, Director Operations (Joint Planning), Assistant Chief of the Air Staff Operations (Offensive) at Air HQ and Senior Air Staff Officer at Headquarter South Western Air Command.

The Air Marshal celebrated his sixtieth birthday on 26 February and remained a soldier till the last day of his service. He personally supervised the planning and successful execution of the IAF strikes in Balakot sector. A day prior to his retirement, the officer personally directed the fighters that repulsed the raid from PAF on forward posts of the Indian Army. Both operations received nation wide accolades and personal appreciation from the highest level of leadership.