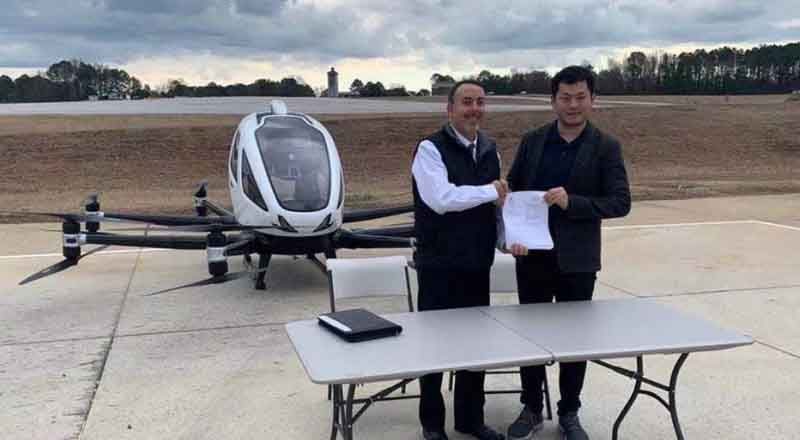 Ariel passenger drone start-up, EHang flew its EHang 216 two-seat self-flying taxi fully autonomously in North Carolina last night, a first for the company both in the US and North America.

EHang that is based in Guangzhou, China has already demonstrated its vehicle in flight at home and in different parts of Europe and Asia, but this is the first time its aircraft has received approval to fly by the FAA, and EHang is now working toward extending that approval to flying with passengers on board, which is a key requirement for EHang’s eventual goals of offering commercial service in the U.S.

This demonstration flight, which took place in Raleigh, included flying North Carolina governor Roy Cooper on board the two-seat aircraft. Eventually, EHang hopes to deploy these for use across a number of different industries, for transportation of both passengers and cargo along autonomous, short-distance routes in and around urban areas.