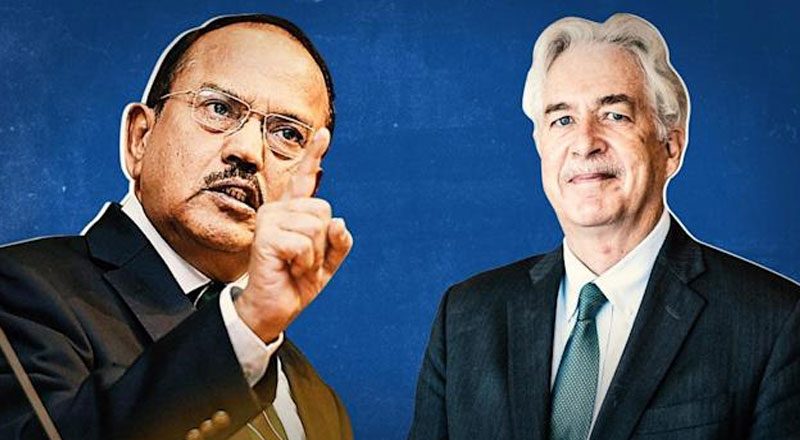 The day the Taliban announced the names of people who would run Afghanistan, National Security Adviser Ajit Doval met with CIA chief William Burns in Delhi. Though the details of what Doval and the Central Intelligence Agency‘s (CIA) chief discussed are unknown, it is understood that the meeting was convened keeping the Taliban government formation in Afghanistan in mind with security issues being on top priority. The new Taliban administration includes a man as Prime Minister who is on the UN sanctions list.

India was among the countries that evacuated their mission staff from Kabul when the Taliban took the Afghan capital three weeks ago. Russia and Pakistan had stayed put.

The CIA chief’s meeting with Doval would likely have included India’s concerns over the developments in Afghanistan. India has said it expects the Taliban not to allow terror groups to operate from its soil to target India, especially foment trouble in Jammu and Kashmir.

Doval is also meeting his Russian counterpart Nikolai Patrushev in Delhi today and will include issues relating to China, Pakistan and Afghanistan, sources have said.

India’s Ambassador to Russia DB Venkatesh Varma, however, said talks with the Taliban in Doha have not yielded the right results.

“…India was not a direct participant in the Doha talks. India was also not part of the Troika Plus mechanism, but as I said, these mechanisms have not yielded the right results. I think one lesion is that it is better that India and Russia work together with respect to Afghanistan. That is the most important lesson for us,” Venkatesh said, referring to the Qatar-hosted talks with the Taliban that paved the way for the US pullout from Afghanistan after a 20-year war.