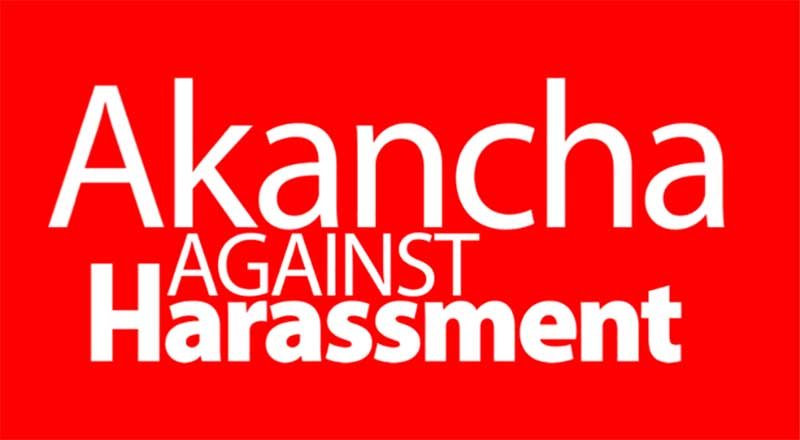 ‘Akancha Srivastava Foundation’, an 80 G certified, non-profit organization, through this initiative, is focusing on educating the society about prevention of cyber harassment and is empowering the users by providing them right information on laws & rights. The initiative is also bridging the gap between the authorities and victims by securing the support of police across states.

Speaking on his support for the initiative, Vijay Shekhar Sharma (Founder& CEO- Paytm) has said, “Social change is our collective responsibility. ‘Akancha Against Harassment’ has done considerable work towards Cyber Safety education & gathered a lot of support from authorities in a short span of time. It has my support & I am happy to be a part of a movement that’s using technology, education & support of civic authorities in the right manner.”

Ritesh Malik (Founder- Innov8) emphatically states, “With technology penetration at its nascent peak, India is susceptible to cyber harassment like no other country in the world. We don’t realize but 24% of all the harassment in the country is online & no one was looking at this fundamental challenge. When I met Akancha Ma’am, I was amazed to see her grit to fight this for the entire country. The way she’s hustled her way out to protect the netizens our country is inspiring. Super thrilled to be a part of the foundation that makes our country secure.”

Akancha Srivastava, Founder – Akancha Srivastava Foundation and a Cyber Safety Expert, said, “I am honored to have some of our country’s most respected leaders on our Honorary Advisory Board. They add immense credibility &their rich experience will guide the initiative in the right direction & speed.”

Vijay Shekhar Sharma’s support has been invaluable right from day 1. He has unmatched experience in scaling & reaching the common person even in far-flung areas. Ritesh brings his ability to connect to new age tech companies. IG Navniet Sekera has been one of our most vocal supporters. We have conducted our largest workshops in Uttar Pradesh! For our last workshop in Kanpur, 2000 students showed up!

IG Roopa Moudgil is known for her passion towards women’s safety. Her constant involvement in the initiative guides us towards our goal. Princess Diya represents the political will of the country towards a change. I am more optimistic than ever that people from every field are going to come together and identify areas of interest to give back to India. Change is imminent. In fact, it’s already happening!