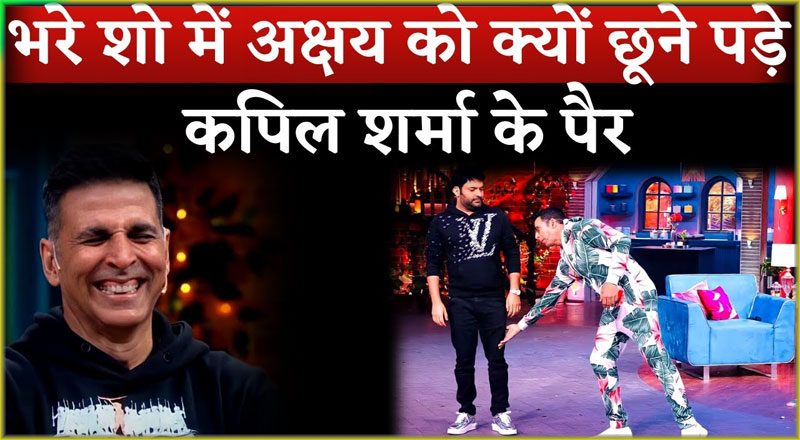 Akshay will be seen promoting his upcoming film ‘Bellbottom’ which is all set to release in theatres on August 19 in the sets of ‘The Kapil Sharma Show’. Kapil Sharma took to his Instagram account to share a photo of Akshay Kumar from the sets of his talk show. In the picture, Akshay can be seen reaching for Kapil’s feet. Sharing the photo, Kapil hilariously wrote in Hindi which translates to, “Popular movie actor Akshay Kumar taking blessings for his upcoming film BellBottom.”

In his response, Akshay brutally trolled the comedian by writing in Hindi, “And after taking the blessing, this is Mr Akshay Kumar searching for Mr Kapil Sharma’s brain in his knees.”

As far as Kapil’s show is concerned, some changes have been made for the new season. The audience will be able to witness some new faces, whereas Sumona Chakravarti will reportedly be no longer part of the show this season. The decision has actually left her fans disappointed as Sumona was a part of the show for a very long time. Sumona gained a lot of popularity with her character Bhuri on the show. Even the audience became used to watching her in her character and her bittersweet chemistry with Kapil.