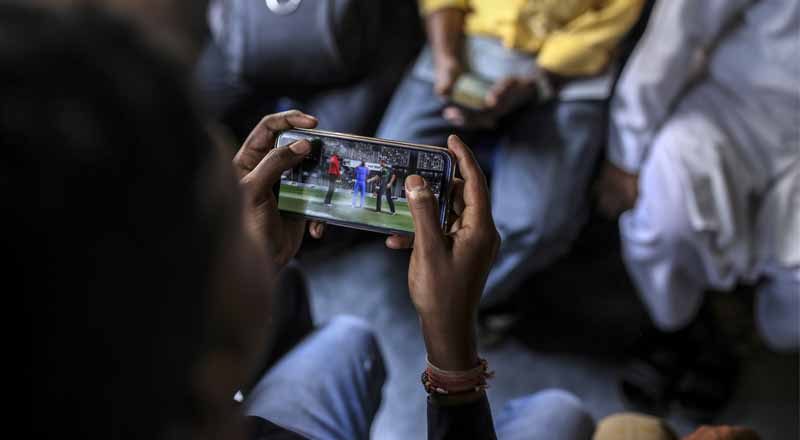 Watching cricket, playing rummy or playing crypto league are online passions for hundreds of millions of Indian netizens. Gaming is legal in the country and fuelling gaming industry on the growth trajectory and expected to touch quadrupling in the revenue.

That’s attracting the attention of the large investors to invest in Asia’s biggest internet companies. Tencent Holdings and  Alibaba Group Holding and SoftBank Group Corp. are investing hundreds of millions of dollars in Indian apps that use loopholes in anti-gambling laws — some dating to the colonial era — to offer bettors cash prizes, vacations to Macau and new iPhones.

About 300 million players use apps such as Dream11, Play Games24x7, Paytm First Games and FanFight to gamble on “fantasy cricket” and rummy card games — a player base expected to at least double by year’s end. Industry sales are forecast to reach about $3.3 billion by 2024, prompting India’s richest man, Mukesh Ambani, to say the business eventually will surpass that of music, movies and TV shows combined ($12 billion).as per Bloomberg.

On top of that, they need something to do after the government imposed a nationwide lockdown through May 3. Some of the cricket faithful may shift to games such as rummy because the sport’s 2020 season is suspended as part of that lockdown.

While e-commerce and video streaming are gaining in popularity, online gaming is considered a better business proposition because the individual transactions are immediately profitable. That’s because operators don’t have to invest much in building up logistics, inventory or content.

The boom is driven by Indians who prefer vying for cash and prizes as a better use of their online time than watching movies or playing video games that don’t offer any rewards.

Lingaraj MK, a 29-year-old software engineer, said he started playing rummy online on a whim and eventually earned a free trip to Hong Kong and $3,500 in cash.

“My parents used to scold me for playing rummy,” he said. “After I won the cash prize, they started encouraging me to play more and would ask me when the next tournament is.”

More than a third of India’s 1.3 billion people are internet users, and most of that is via budget smartphones with cheap data-usage plans. Before the coronavirus outbreak crushed the global economy, the local smartphone market was growing at a 10% rate.

As much as 90% of gaming in India happens on phones, said Girish Menon, head of media and entertainment for KPMG in Mumbai.

“That is attractive to Alibaba and Tencent because their entire ecosystem is developed around mobile phones,” Menon said. “The time spent on gaming is far higher than any other form of entertainment.”

The recognized games include rummy and fantasy sports, in which participants pay a fee to assemble a fantasy team of professional players and then win cash or prizes based on how those players perform in real-life games.

U.S.-based DraftKings Inc. and London-based William Hill Plc run similar businesses covering numerous sports, but in India, one sport stands above the rest: cricket. The professional Indian Premier League, which plays a faster version of the traditional game, is valued at an estimated $6.8 billion, with investors including Fox Corp. Chief Executive Officer Lachlan Murdoch and billionaires Ambani and Kalanithi Maran.

“Cricket is not just a sport in India, it’s a religion,” says the website of Dream11 Fantasy Pvt., a fantasy sports platform with 80 million users that’s backed by investors including Tencent. During last year’s IPL championship match, its users created more than 10 million fantasy teams.

Mumbai-based Dream11, which advertises as the official fantasy game of the IPL and the National Basketball Association, declined to comment. Dream11 reached a $1 billion valuation last year, according to CB Insights.: finance.yahoo.com