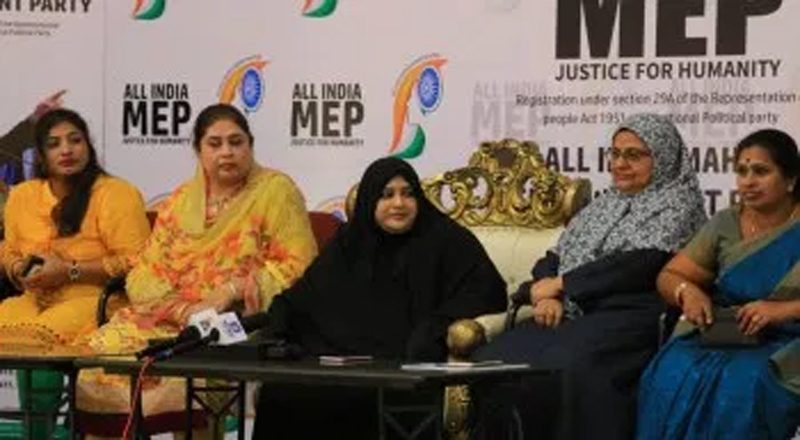 Dr. Nowhera Shaik, President, All India Mahila Empowerment Party said that she won’t be announcing the names of candidates any sooner because she intends to protect them from danger.

Dr. Nowhera Shaik says, “We are contesting for the first time and we need to be extra careful to protect our people who are supporting us in this mission. Our intentions and way for politics is completely different from other parties. For us, safety and empowerment of women in the country is the core agenda.  I have been receiving outrageous messages for my decision to step in politics. But, this will not deter us. We will continue to speak out and stand for clean politics and administration.”

Founded by Dr Nowhera Shaik, the party will contest all 224 seats in the Karnataka Assembly polls. With a focus on ensuring women are able to exercise their rights and get a voice in the political space, the party is contesting the Karnataka Assembly seats as a precursor to the Lok Sabha elections in 2019. It plans to contest all the Lok Sabha seats, all 525 of them.

Dr Shaik mentioned, “Though Karnataka Assembly Elections is the first kick-off for us, we intend to contest all Lok Sabha seats and make a mark.”

The party aims to be different from the other parties and hence is still scrutinising the applications received for candidature. The aim is to select people with a clean record and with a goal to serve the nation.