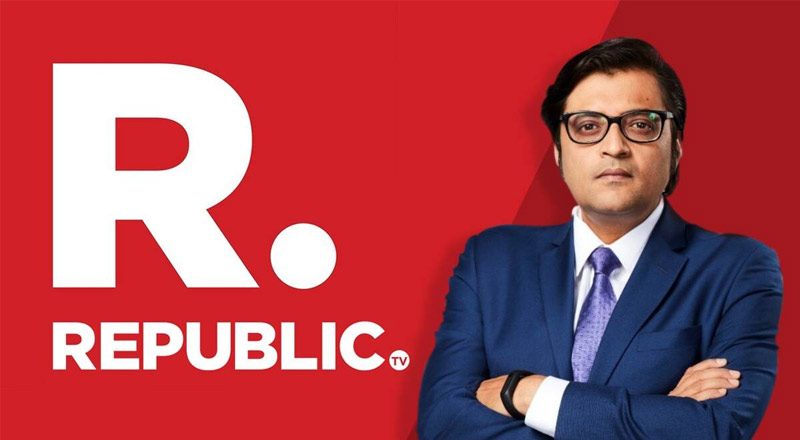 Following the exposure of the WhatsApp chats between Republic TV’s Arnab Goswami and former CEO of the Broadcast Audience Research Council (BARC) Partho Dasgupta submitted to the court by the Mumbai Police in the TRP case leads to multiple questions inside the political circle .

An expert says, this discussion may lead to bring the future of the BJP lead government in the coming election, as all the opposition party are together to take out the insights of the discussions. Going forward Arnab is going to be a big headache to the present government.

The principal opposition party , But as the Congress calls for a JPC probe and flags Goswami’s claims of proximity with the government, that distancing will be tested once Parliament begins. The Congress Working Committee (CWC) Friday demanded a “time-bound investigation” into “the breach of national security, violations of the Official Secrets Act and the role of the persons involved.”

Congress president Sonia Gandhi criticised what she called the “deafening” silence of the Government, adding that “those who give certificates of patriotism and nationalism to others now stand totally exposed.”

On the Congress allegation that the chats show Goswami had prior knowledge of “sensitive” military operations – a reference to Balakot – BJP leaders said the chats didn’t reveal anything that wasn’t public knowledge at that time. Indeed, several leaders in the party and the Government, from the Prime Minister down, had warned of decisive action to avenge the Pulwama attack.

It further says, at least six BJP leaders The Indian Express spoke with, including a Union Minister, admitted that the controversy has put them in a spot. Negative references to leaders like late Arun Jaitley, Prakash Javadekar and former minister Rajyvardhan Rathore; Goswami’s remark that “all ministers are with us,” and his offer to mediate with the political leadership, including the PMO, aren’t what anyone in the party or the government wants to have to respond on.

More so, after their top leaders came out to strongly defend Goswami when he was picked up from his home in a suicide abetment case by the Mumbai police in November.

Home minister Amit Shah, Javadekar, S Jaishankar, Piyush Goyal and Smriti Irani and BJP president J P Nadda had called it an attack on the free press. “That support was extended because the Maharashtra government and the police were going after Goswami,” said a senior BJP leader. “This isn’t the same thing. There is alleged wrongdoing and people have been arrested.”

There is also, another BJP leader said, uncertainty over what’s in the pipeline — if there are other chats that will be revealed by the Mumbai Police who this week were successful in getting the court to reject Dasgupta’s bail plea.

“We don’t know what will come out but as of now, the government and the party will maintain that we have nothing to do with what has been leaked so far,” said a leader. “And that the law will take its course in the TRP case anyway.”: Taken inputs from The Indian Express.