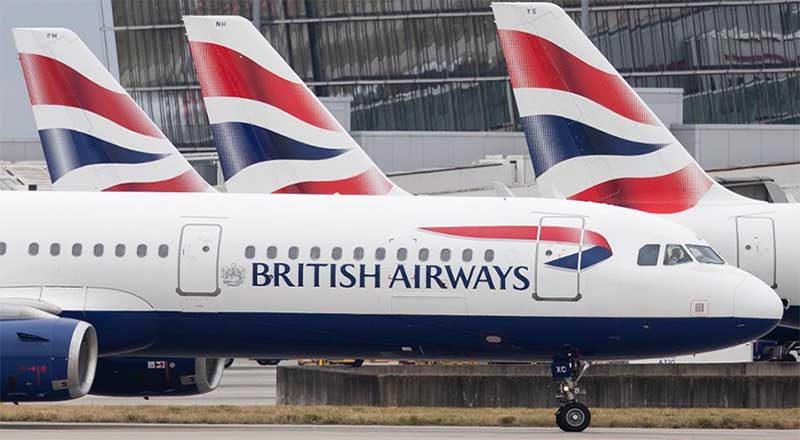 British Airways said Monday it has been forced to cancel almost all its UK flights on the first day of a two-day strike by pilots.

“After many months of trying to resolve the pay dispute, we are extremely sorry that it has come to this,” BA said in a statement.

The airline said it remains willing to return to talks with the British Airline Pilots Association (BALPA). In summer 2019, the airline added four additional flights from Mumbai to London, increasing the weekly total from 14 to 18 flights.

The current average one way fare for a Delhi-London and Delhi-Manchester ticket is ₹33,207 and ₹43,900 respectively. But with the strike we expect last minute airfares to rise by 15-20 percent going forward,” said Aloke Bajpai of ticketing firm Ixigo.

The airline said it is willing to talks with the British Airline Pilots Association (BALPA) which has resorted to the industrial action for the first time in decades.”Unfortunately, with no detail from BALPA on which pilots would strike, we had no way of predicting how many would come to work or which aircraft they are qualified to fly, so we had no option but to cancel nearly 100 percent” of our flights, the statement added.