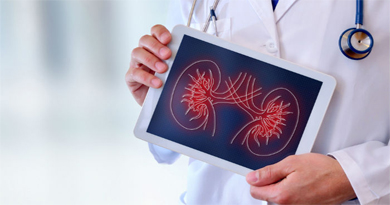 Mumbai’s senior-most nephrologists have come together to show solidarity towards spreading awareness of the detrimental role of salt intake in kidney disease.

Spearheaded by Dr. Bhupendra Gandhi’s Amar Gandhi Foundation (AGF), and supported by the Mumbai Kidney Foundation (MKF), over 150 nephrologists in the city have raised a clarion call, “ek chammach kam” (One spoon less), to highlight the high salt intake among Indian population.

Announcing the campaign, Dr. Bhupendra Gandhi, Trustee of the Amar Gandhi Foundation said, “Chronic kidney disease is a ‘SILENT KILLER’; it usually has no significant symptoms until it has reached later stages where a patient is not left with many choices of treatment.”

Interestingly, World Kidney Day overlaps with International Women’s Day, which calls into account the role of women in managing the proliferation of kidney disease.

Dr. Umesh Khanna, Senior Nephrologist & Chairman of Mumbai Kidney Foundation says, “Women in particular love eating ‘chatpata’ food, a craving that leads to excess salt consumption. They must observe and monitor the same, as well as ensure low salt consumption in their families.”

Dr. Bhavesh Vora, Senior Nephrologist & Treasurer, Amar Gandhi Foundation says, “People who are diabetic, hypertensive, obese or have a heart condition have a higher risk of kidney disease. In the light of all the eye opening facts stated hereby, spreading awareness about a regular checkup of kidney health for early detection of chronic kidney disease is a must!”

The campaign ‘ek chammach kam’, will be run on the social pages of Mumbai Kidney Foundation and the Amar Gandhi Foundation.

The campaign aims to sensitize the population to take cognizance of the prevalence of kidney disease and make active lifestyle changes.

To mark the occasion, the AGF & MKF have organized a free blood test and urine test to detect early kidney disease on 8th March. Those interested can walk into any branch of Suburban Diagnostics laboratory and get tested.