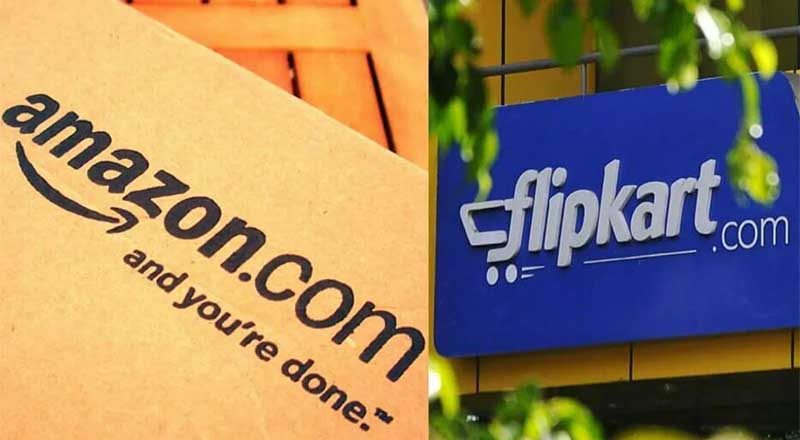 Confederation of All India Traders (CAIT) said, that the Jodhpur Bench of Rajasthan High Court has issued notices to Amazon and Flipkart. The writ petition was filed by CAIT alleging continuous and repeated violations of the FDI policy and the honourable court will be hearing the case next on October 15. Amid festive season sale, ecommerce marketplaces Amazon and Flipkart have been dragged to the court by traders’ body, Confederation of All India Traders (CAIT).

In a media statement CAIT said that, the Jodhpur Bench of Rajasthan High Court has issued notices to Amazon and Flipkart. The writ petition was filed by CAIT alleging continuous and repeated violations of the FDI policy by Amazon and Flipkart for years. The traders’ body also emphasised on the repeated FDI violations by them alleging that these companies are engaging in deep discounting, predatory pricing, loss funding and controlling the inventory. CAIT claimed that they are converting their marketplace into inventory-based model which is a clear violation of FDI policy.

CAIT further said that, these ecommerce companies are offering deep discounts, in turn influencing the prices, prohibited under FDI policy. CAIT questioned that without owning the inventory, how can these marketplaces offer discounts on the goods.

CAIT further alleged that, with the violation of FDI policy, these ecommerce companies are creating an uneven level playing field. A Flipkart spokesperson told Inc42, “We’re fully compliant with FDI laws of the country. We are a marketplace player and work closely with lakhs of our sellers, artisans, SMEs across the country and help them connect with more than 160 Mn customers across India. We’re proud of our work to make these sellers/artisans successful and help in economic growth and job creation in India.“

It is to be noted that after much deliberation and discussions, Indian government had updated rules for FDI in ecommerce. Notified on December 26, the changes in ecommerce FDI policy target deep discounts being offered by large online marketplaces, Flipkart and Amazon, as putting a stop to ecommerce marketplaces dealing with exclusive vendor-partners. The circular came into effect from February 1, 2019 after DPIIT refused to extend the deadline.

The rules state a vendor will be considered “controlled” by an online marketplace operator if it sources more than 25% of its merchandise from an entity related to the ecommerce marketplace. Since then, leading players Amazon and Flipkart have been examining ways to outgrow the rules to continue the deep discounts and partnerships with vendor partners. Amazon and Flipkart have been in the spotlight as they both operate as online marketplaces partnering with large online vendors such as Cloud Retail, Appario and WS Retail.

The companies were supposed to make reports from their statutory auditor public on their websites by September 30 to show that they are following the new FDI norms. However, no such clarification is visible on both the websites.

The rules had been put in place after trade unions and shopkeepers alleged that ecommerce marketplaces have a detrimental effect on local retail and that FDI-backed Flipkart and Amazon regularly indulge in predatory pricing and deep discounts to compete online, which leaves brick-and-mortar stores and other smaller online shopping companies at a disadvantage.