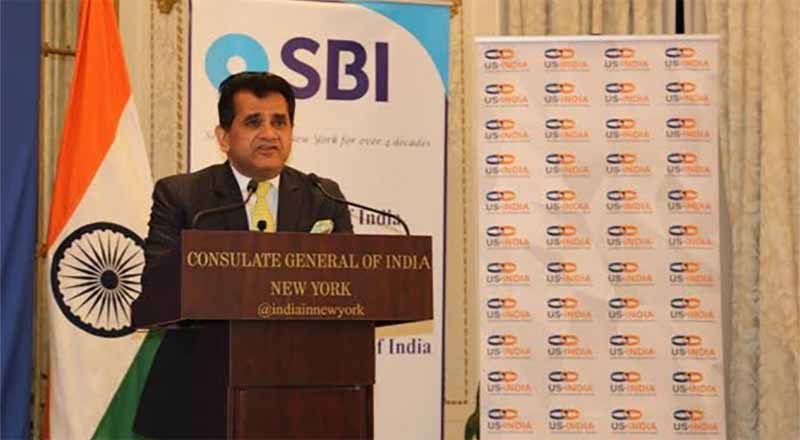 As per news source, Amitabh Kant, the Chief Executive of the government think tank NITI Aayog said that investing huge amounts of money into top quality infrastructure will lead to a high trajectory of growth, but it is a difficult choice to make if resources are scarce.

The government is facing criticism due to rise in fuel prices and runaway inflation. While talking about whether the tax structure on these essentials needs to be rationalised to bring relief for people, he said that an ideal pace of tax collection must remain to ensure there are enough resources to be pumped into reviving the economy amid the COVID-19 pandemic.

“There is a dilemma before the government. One of the key challenges is that if you want to get into high trajectories of growth and if you really want to revive India’s economy, how do you accelerate the pace of infrastructure, how do you spend more and more?” Kant told to news source.

“And to my mind, the revival of India’s economy will be through putting more and more resources into good quality infrastructure and the focus has to be on creation of really top-class infrastructure, which will lead to job creation and that will lead to construction getting revived,” the NITI Aayog CEO said.

“And therefore, the dilemma is the government needs to raise resources. But if it doesn’t have resources, it will not be able to invest in infrastructure. That is a choice the government will have to make in due course,” Kant said.

June, the wholesale price-based inflation eased marginally as crude oil and food items saw some softening in prices. However, the inflation remained in double-digit for three consecutive months in June. As per experts, the rise of fuel price is a matter of concern.

“The government has been able to provide food supply to 800 million people and during this period, it has ensured that the MGNREGA programme goes on effectively in rural areas,” Kant said.

The Reserve Bank of India in its monetary policy last month kept interest rates unchanged at record lows and committed to maintain an accommodative policy stance to support growth. Retail inflation remained above the RBI’s comfort level of 6 per cent for two straight months at 6.26% in June, data released earlier this week showed.