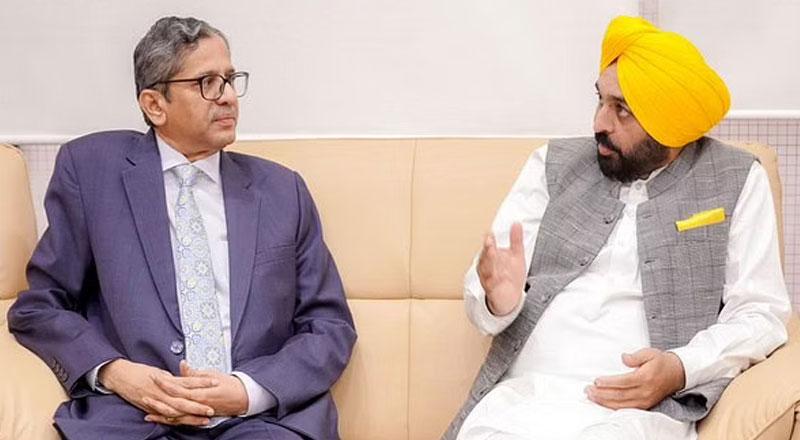 CJI NV Ramana was on a visit to Amritsar along with his family. Chief Minister Mann interacted with the CJI at Sri Guru Ram Das Jee International Airport before departure to know about his experience during his visit to the city. He gave a warm send-off to the Chief Justice of India.

According to Chief Minister’s Office (CMO), CJI Ramana appreciated the hospitality extended during his visit describing the tour as a memorable one. He also wished the CM Bhagwant Mann for leading Punjab. Mann also shared some of the schemes chalked out for the all-around development of Punjab.

Mann also extended an invite to the CJI to visit Punjab again. CJI NV Ramana on Wednesday night visited the Golden Temple in Amritsar on the occasion of Vaisakhi

Vaisakhi marks the beginning of the Sikh New Year and commemorates the formation of the Khalsa Panth of warriors under Guru Gobind Singh the Sikh New Year. It is a spring harvest festival celebrated in Punjab and in other parts of north India.

“My good wishes for Vaisakhi. I am very happy today, my lifetime dream came true as my family members and I reached the Golden Temple. I thank the managing committee,” he said.