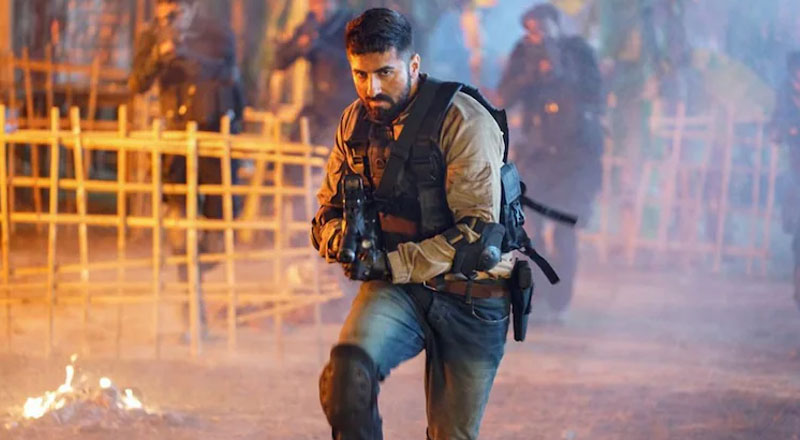 Helmed by Anubhav Sinha and starring Ayushmann Khurrana, Anek is a partially gripping tale of discrimination. Read our review.

Peace maintain karne se aasan hota hain, war maintain karna. Isiliye sab karte hain. Tum bhi, hum bhi” – no, that’s not how Anek starts. But it roughly gives you an idea of how diversity somewhere, is still a bookish term. Anek marks filmmaker Anubhav Sinha’s second collaboration with Ayushmann Khurrana after Article 15 (2019). Sinha is mostly known for simplifying political issues for laymen. Did he do so too with Anek? Umm, moderately, we would say.

The note during the start of Anek goes, ‘With love to the people of North East India’. And that’s one of the best parts about the film. The film takes you on a journey of injustice and uprising, all at once. Another best part? The casting. Sinha’s attempt was to make his film look authentic, and so it did. Instead of transforming the who’s who to suit the role, he cast stars from the region to make the film look believable. And trust us you, it did have a mammoth role to play. Anek somewhere felt a little too stretched and dragged in bits. But we will get to that later.

Protagonist Ayushmann Khurrana (known as Amman/Joshua) is an undercover agent in the film. He works for the Indian government. After triumphing several challenging political unrests, Amman changes his name to Joshua to keep a close watch on the political unrest in India’s North-Eastern region with rebels ganging up against the Indian government. The reason? People from the North-Eastern borders want a separate country of their own and do not think of themselves as a part of India. Barring one girl, Aido (played by Andrea Kevichüsa), who wants to play for India as a boxer despite being judged as a massage/parlour wali for how she looks.