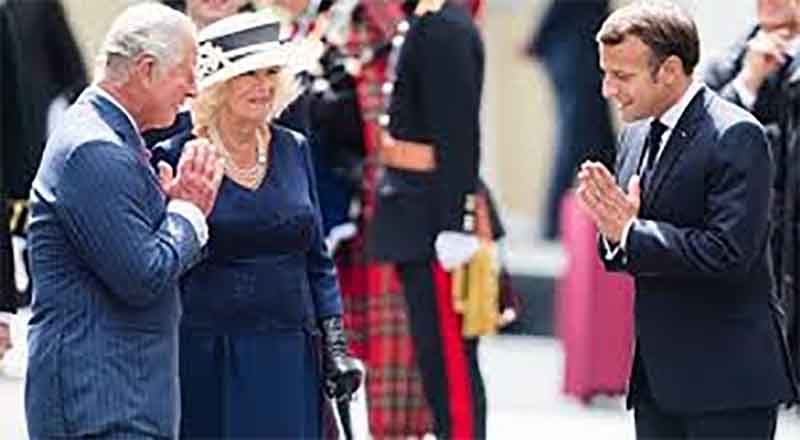 Amid Coronavirus, social distancing has become a new normal. And this norm has introduced an Indian way of greeting and meeting: Namaste– greeting one another with folded hands.

Though an ancient Indian way, this norm has been freshly introduced and happily accepted in countries like London, UK when French President Emmanuel Macron visited British Prime Minister Boris Johnson and Prince Charles.

Macron was in London to mark the 80th anniversary of former French President Charles de Gaulle’s famous appeal to resist the Nazis during World War II.

In a video shared by Bloomberg on Twitter, Macron can be seen greeting Johnson first, but from a distance. He waved to the British PM and then stood beside him while both leaders maintained social distancing.

Macron met Prince Charles of Wales and the Duchess of Cornwall, whom he also greeted from a distance.

In fact, it was observed that all of them greeted each other with folded hands embracing the Indian style of ‘namaste’. This is not the first time when people including world leaders have taken to the Indian style of saying hello, following fears of the spread of the virus through physical contact with an affected person.

In the wake of the current situation, this way of greeting has largely won the world and netizans believe that this still stands to be the best way.