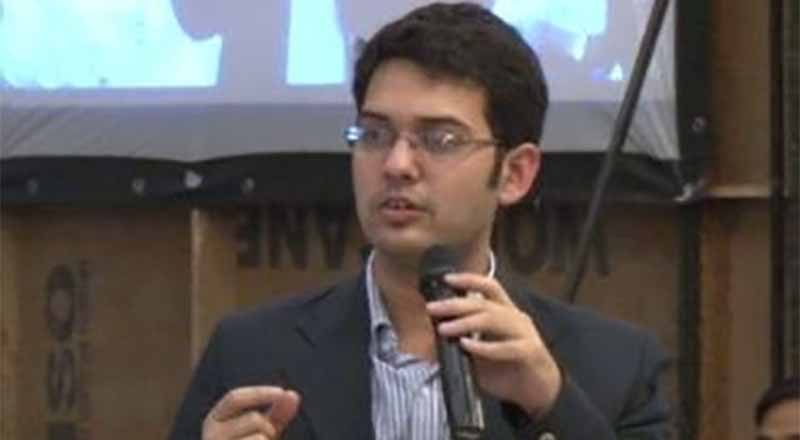 Instructor and Coordinator of Academics, Indian School of Public Policy

Corporate Social Responsibility (CSR) laws in the Companies Act cover approximately 21,397 companies in India as per the National CSR Portal. While an exceptionally progressive move by the government, it only covers the corporate behemoths with a turnover of rupees one thousand crores or more or a net profit of rupees five crores or more or having  a net worth of rupees five hundred crores or more.  India has approximately 17.95 lakh companies out of which only 63% are active. This leaves us with approximately 11.3 lakh companies engaged in economic activity. During the financial year 2017-18, merely 21,397 companies spent on CSR, and they spent a total of INR 13624 crores, which is approximately 1.5 crores per company. One can see a number of trends emerging from such an analysis – (a) a majority of the companies, even though smaller in size, are outside the ambit of the CSR law in India (b) out of  the companies that fall under the ambit of the law, many are either not spending towards CSR at all (12,460 companies or 58% of the companies) or are spending lesser than the 2% share in profits mandated by the government (i.e. 3453 companies or 16% of the companies). This leaves us with only about 26% or 5484 of the mandated companies truly complying with the CSR laws (c) This also means that only 0.48 or half a percentage of all active companies in India are contributing at least 2% of their profits towards corporate social responsibility. Welcome to corporate India, we have a long way to go.

One of the key characteristic of policymaking in India is a partial flip of the phrase “too little, too late” – the flip is that India ends up becoming one of the first movers in the world in promulgating progressive policies and laws, making our policy delivery “early enough, but never enough”. Whether it is coming up with a progressive Right to Information Act 2005, the striking down of section 377 of the Indian Penal court thereby de-criminalizing homosexuality, or our commitment to reduce emissions by 33–35 percent by 2030 compared to 2005 levels – as a nation India has been quick to jump on the progressive bandwagon but not thorough enough in following up. Yet, we are quick to celebrate and declare victory. Quick celebration may well be a healthy habit to keep spirits soaring, but to declare victory creates laxity. The high pendency rate of RTI applications, the continued discrimination against the LGBTQ community, and despite the claims – the non-operationalization of infrastructure to achieve the COP21 goals shows the tendency of flagging off after a good start. In a similar vein, we have already declared victory with respect to the CSR law. After pooling data, we have been captivated with the fact that India has, indeed, spent INR 50,000 crore in the past three years on CSR, but we fail to notice that we have an unspent sum of INR 60,000 and a potential of 74% of the companies under the ambit of the CSR law which have hitherto not spent or underspent on CSR.  The problem is not that we appreciate that the glass is half full, the problem is that we declare that the glass is full and overflowing when it isn’t.

The new amendment to the Companies Act de-criminalized 16 compoundable offences under the Act pertaining to non-compliance of CSR commitments. Other proposals on the table are related to reducing the CSR contribution from 2% to 0.67% of the average net profits in the past three years and making CSR contributions tax deductible. These are sure shot death knells for the CSR laws in India. To understand why, it is Important to understand the work of Mancur Olson on the logic of collective action. Olson argues that small interest groups are much better in furthering their agenda as compared to large interest groups – it is easier to spot free-riders in a small group and ensure cooperation as compared to larger ones. Further, he argues that small interest groups are generally more incentivized and more successful in working against the common benefit of the society. Take an example from Olson’s book – he compares two small groups, one working to close a loophole in the tax system and the other working to create a loophole to exploit the tax system. Who will be more incentivized? Indeed, the group working towards creating such a loophole. This is because the group attempting to make the system better and close a loophole will calculate incentives in a manner that the well-intending group will have to do most of the hard work at great personal cost to close the loophole, while the benefits will be spread across the larger society. On the other hand, the malevolent group will be more incentivized to create a loophole because they will enjoy disproportionate benefits upon the creation of such a loophole and the larger society will bear the costs. However, the costs will be so spread out that they will hardly be noticeable. In any case, the small group working towards creating a loophole will be more incentivized in their agenda than the one working towards closing a deficiency to improve the system. By the way, Olson is not a Marxist and is in fact quite a critique of Marxist theory.

Each corporation is a small interest group and is more likely to create loopholes for its own benefits at the cost of the larger society. A corporation would be more inclined to produce negative externalities – whether they are environmental, social, or other. They would much rather prefer polluting the nearby river and getting away with it than to spend a share of their profits in cleaning up their discharge. They would be disinclined towards internalizing some of these costs by paying up in form of CSR contributions.

However, corporations together form what Olson calls a latent group. Latent groups are large groups wherein “if one member does or does not help provide the collective good, no other one member will be significantly affected and therefore none has any reason to react”. Therefore, there is great opportunity for free-riding in latent groups and it is hard to bring members of a latent group to collective action – each individual contribution is too insignificant, and so is the loss unnoticeable if a member in a large group fails to contribute. It is difficult in this case to bring corporations to come together collectively to reduce their negative externalities or paying up for them in the form of CSR contributions. The way to bring about collective action in large groups is through what Olson calls “selective incentives”. A selective incentive is either a reward or a punishment to separate contributors from free-riders. He gives the example of labour unions and explains that it was not until forced picketing and compulsory contributions were institutionalized, based on the threat of penalties and coercion, that the large scale collective action in labour unions was made possible. When a strike is going on, the economic incentives are with the workers who break the strike and work and it then becomes necessary to apply a negative selective incentive on such workers to keep them from breaking the strike thus making the collective action possible. Similarly, corporations freeriding on the fact that a handful of the big corporations are complying with CSR laws and making contributions can only be brought to comply if there are sufficient negative incentives invoked. Logically, reducing penalties, in this case imprisonment in cases of flouting the law may be as good as removing the selective incentive or removing the differentiator that separates contributors from non-contributors. It makes free-riding easier.

For governments to bring people towards collective action, there are broadly three strategies available – (a) giving out rewards or positive incentives – these may be expensive on a large scale and may acutely burden the exchequer; (b) increasing monitoring and inspection – again a costly exercise; and (c) to increase penalties to a level where violations are not worth it. Indeed, the last strategy is most feasible for any government as long as it does not end up violating citizen rights. The government was, by this logic, correct in imposing large fines and terms of imprisonments for violating the law. However, now not only retracting on the penalty, the government has also offered to provide tax benefits on CSR contributions, which offset a cost for the corporations by an equal if not a much larger benefit. This is equivalent to looking the other way from free-riders and incentivizing the fence sitters.

Systems theorists Derek and Laura Cabrera taught me their change management model based systems analysis – what they called the NFST model. NFST stands for Naysayers (N), Fence-sitters (F), Supporters (S) and Thought Leaders (T). These are the four types of people when a policy change is proposed. The wisdom behind the model is that it recommends that fence sitters are to be shown “party pictures” so that they may jump on to the side of supporters by seeing that life is great on the other side. If fence sitters are given positive incentives, they would much rather sit on the fence for they are being rewarded for being there. The question on the CSR agenda is whether we are rewarding the fence sitters rather than showing them “party pictures” thereby incentivizing them to stick to the fence and whether we are relaxing penalties on naysayers in the naïve hope that they will become supporters?