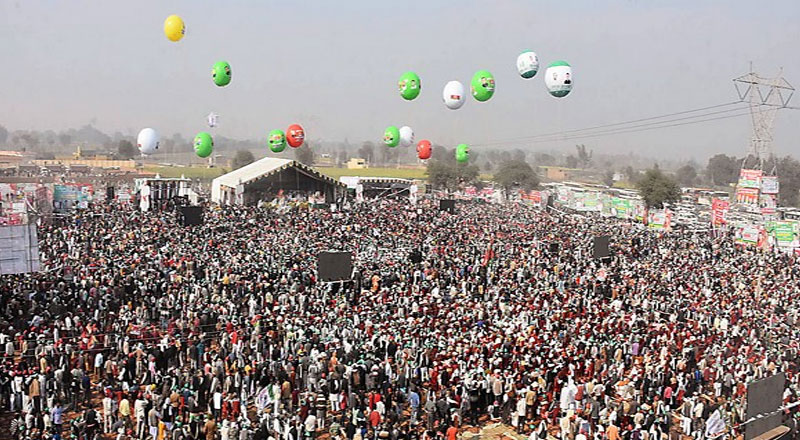 After taking stock of the COVID-19 situation in states of Uttar Pradesh, Punjab, Goa, Manipur and Uttarakhand, the Election Commission of India has decided to relax the guidelines on victory processions during and after the counting and has withdrawn the banket ban on victory procession.

However, this relaxation will be subject to existing instructions of State Disaster Management Authorities (SDMA) and preventive measures, imposed by district authorities concerned, Election Commission of India further informed.

The official statement by the commission read, “Election Commission of India had announced General Elections to the Legislative Assemblies of Goa, Manipur, Punjab, Uttar Pradesh and Uttarakhand on 8th January 2022. Along
with the announcement of the elections, Commission also issued Revised Broad Guidelines to regulate various aspects of elections including victory processions during the period of COVID. During the period of elections as the COVID
situation improved, Commission gradually relaxed the norms concerning electioneering in consultation with Union Health Ministry and State Governments.”

Earlier on February 22, in view of the decline in COVID cases in poll-bound states, the Election Commission lifted the restriction of 50 per cent limit of the capacity of space during meetings and rallies of political parties and candidates.
On February 6, the Election Commission of India granted relaxation for holding nindoor and outdoor public meetings in the five poll-bound states while sticking with the ban on roadshows, rallies, processions, and ‘padyatra’. (MANISH)