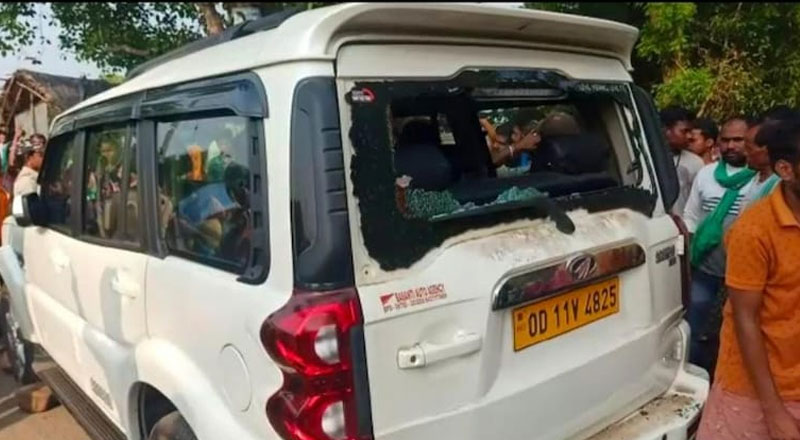 As many as nine people were arrested for pelting stones at Odisha’s Mayurbhanj collector during a protest.

Mayurbhanj District Collector Vineet Bhardwaj was attacked by protestors while he was on his way to Baripada from Jashipur on Saturday. The agitation was underway over non-fulfilment of the demand for a panchayat building.

There were two parties involved in the protest, one at NH-18 the other at the sub-road. As the DM chose the diversion route and approached near the protest site, some protestors came to him and pressed for their demand about Panchayat building.

All of a sudden, some miscreants started pelting stones at the collector’s vehicle from the rear side, causing damage to the windscreen of the vehicle. However, the collector escaped unhurt.

Talking to India Today, Rishikesh Khilari said, “It was an unfortunate incident. We are taking strict action as per law. Nine persons have been apprehended, and the investigation is underway. The miscreants involved in the incident will not be spared”.