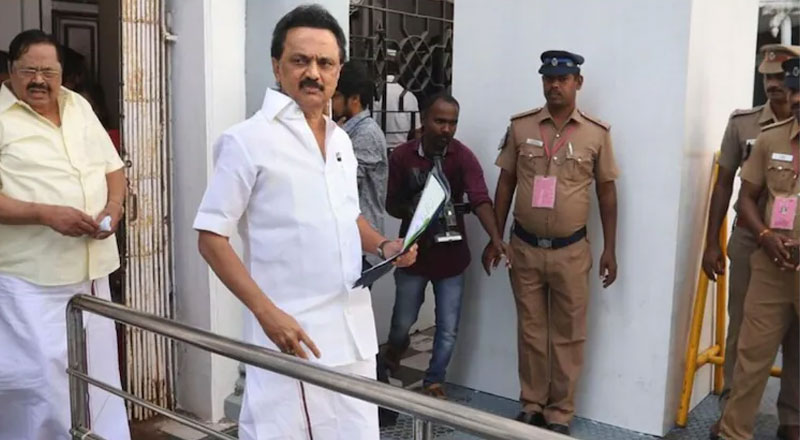 MK Stalin said attempts are being made to divide Tamil Nadu on caste and religious lines to stop the development.

Tamil Nadu Chief Minister MK Stalin on Sunday said that attempts are being made to divide the state on caste and religious lines and urged citizens to act against such attempts.

peaking at an event in Chennai, Stalin said, “Attempts are being made to divide Tamil Nadu on caste and religion. Some people want to stop the development of the state by dividing us. The people of Tamil Nadu should realise this and act. Only a peaceful country can achieve all kinds of development.”

“We made a resolution in the Tamil Nadu Assembly [against CAA]. AIADMK voted in favour of CAA, but we not only opposed it but also did a signature campaign,” Stalin added, referring to the signature campaign against the Citizenship (Amendment) Act, National Register of Citizens and the National Population Register.

The resolution was moved by MK Stalin in Assembly, who said the law was against constitutional secular principles and would not be good for religious harmony in the nation.

Passed by the Parliament in December 2019, the CAA allows non-Muslim minorities in Pakistan, Bangladesh and Afghanistan — Hindu, Sikh, Jain, Buddhist, Parsi and Christian — to acquire Indian citizenship in order to escape persecution in their home countries. Under the Act, people from these communities who came to India before December 31, 2014, will not be treated as illegal immigrants but given Indian citizenship.

Tamil Nadu and other Opposition-ruled states including West Bengal, Kerala, Punjab, Rajasthan, and Madhya Pradesh (now ruled by BJP) had passed resolutions against the CAA.