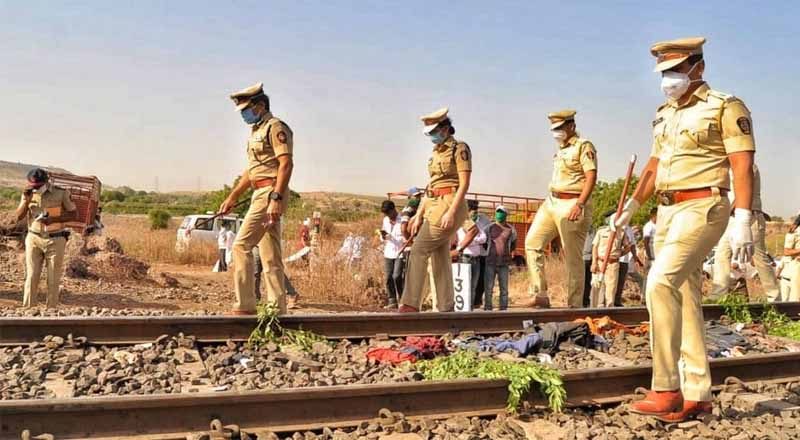 A horrifying incident took place today on rail tracks that killed 15 migrants this morning after a cargo train ran over them in Maharashtra’s Aurangabad. They were sleeping on rail tracks when the accident happened, officials said, adding that the driver tried to stop the train.

They were a part of a group of 20 migrants who were walking from Jalna in Maharashtra to Bhusaval in Madhya Pradesh, 157 km apart.

Prime Minister Narendra Modi said he was “extremely anguished” at the death of migrant workers. “Extremely anguished by the loss of lives due to the rail accident in Aurangabad, Maharashtra. Have spoken to Railway Minister Piyush Goyal and he is closely monitoring the situation. All possible assistance required is being provided,” the Prime Minister tweeted.

Four of the survivors, who are in shock, are being counselled by the police, Senior Police Officer Mokshada Patil said. The fifth survivor has been admitted to hospital with injuries. “We are counselling the survivors before we speak to them for more details,” said Patil.

The migrants who died today in Maharashtra’s Aurangabad were on their way to their homes in Madhya Pradesh; they were killed while they were asleep on tracks.

More than 8 lakh migrants have been brought back to the state, he wrote. Maharashtra Chief Minister, Uddhav Thackeray announces Rs 5 lakh compensation each to families of migrants who died after being run over by goods train in Aurangabad.

The migrants were sleeping on the tracks when the train hit them around 5.15 am. The driver spotted them and tried to stop but could not, the Railways Ministry said in a statement.