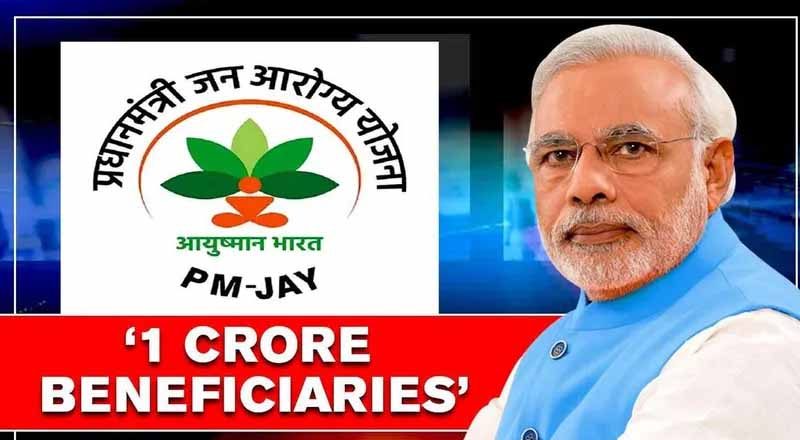 Prime Minister Narendra Modi said that the number of people who have benefited from the ‘Ayushman Bharat’ scheme has crossed the one crore-mark, noting that the initiative has had a positive impact on several lives.

“It would make every Indian proud that the number of Ayushman Bharat beneficiaries has crossed 1 crore. In less than two years, this initiative has had a positive impact on so many lives,” the Prime Minister wrote on Twitter.

He congratulated all the beneficiaries and their families and prayed for their good health. He appreciated the doctors, nurses, healthcare workers and all others associated with Ayushman Bharat, saying their efforts have made it the largest healthcare programme in the world.

“Beneficiaries can get top quality and affordable medical care not only where they registered but also in other parts of India. This helps those who work away from home or are registered at a place where they don’t belong,” he explained.

He said during his official tours, he would interact with Ayushman Bharat beneficiaries.

“Sadly, that is not possible these days but I did have a great telephone interaction with the 1 croreth beneficiary,” he said.