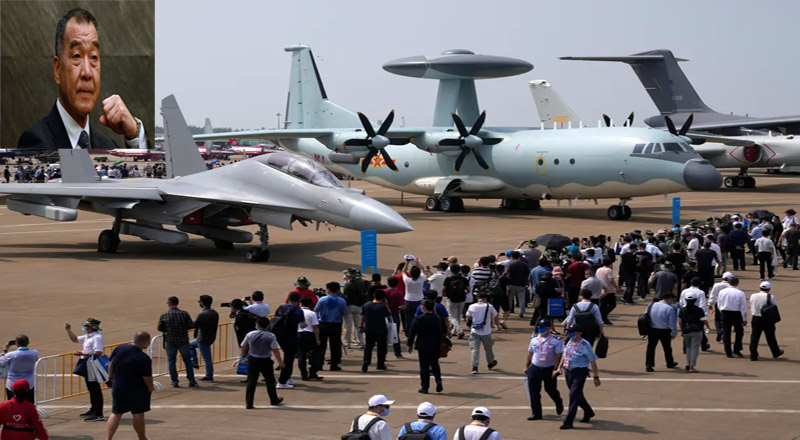 Citing a recent increase in incursions by Chinese military aircraft into Taiwan’s air defense identification zone, the defense minister of the island country has stated that tensions between Taipei and Beijing are at their worst in more than 40 years.

Although no shots have been fired,

Taiwan says that nearly 150 aircraft belonging to China’s People’s Liberation Army Air Force entered the zone in a four-day period beginning Friday. Though no shots have been fired, Taiwan calls it as part of China’s strategy of harassment.

Defense Minister Chiu Kuo-cheng called the situation “the most serious” in the more than 40 years since he joined the military.

Taiwan is a self-governed island of about 24 million people off the Chinese coast that Beijing considers part of its territory.

The Biden administration said this week that it is in contact with Taiwan over the incursions and is “conveying clear messages through diplomatic channels,” according to White House press secretary Jen Psaki.

“We remain concerned by the People’s Republic of China’s provocative military activity near Taiwan, which is destabilizing, risks miscalculations and undermines regional peace and stability,” Psaki said at a Monday press briefing, emphasizing that the U.S. commitment to Taipei is “rock solid.”

President Biden said on Tuesday that he had spoken with Chinese President Xi Jinping about Taiwan and the later had agreed to abide by the “Taiwan agreement”. Japan and Australia have also reportedly urged Taipei and Beijing to talk.

Chiu Kuo-cheng, warned on Wednesday that China could have the military capacity to blockade the Taiwan Strait as early as 2025. Chiu said such a capability would pose a “grave challenge” to the self-governed island.

The report further went on to say that about 380 Chinese warplanes entered Taiwan’s air defense zone last year and that more than 600 such incursions have taken place so far this year. It also noted that Beijing now has two aircraft carriers and is increasing production of submarines and destroyers while building up its amphibious assault capabilities.