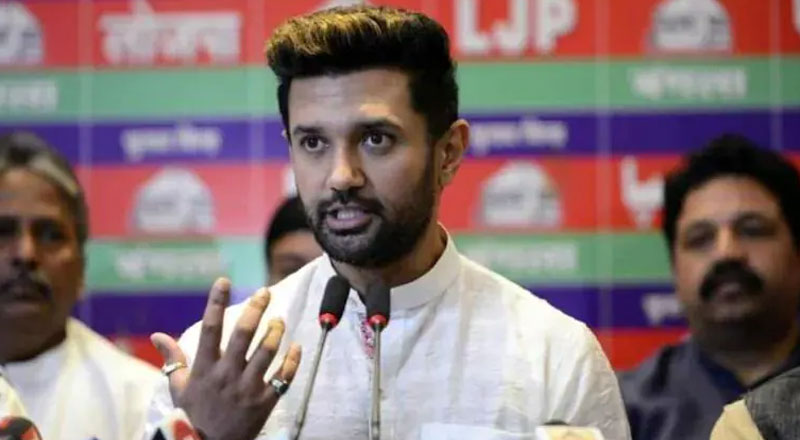 Chirag Paswan said he was hurt by the way the team of central government officials evicted him from the bungalow and threw his father’s photo on the streets.

Chirag Paswan, who was evicted from the government bungalow in central Delhi that was allotted to his father Ram Vilas Paswan, is hurt by the way he was evicted. “The BJP has betrayed me. I wanted to vacate the bungalow on March 19 (the deadline was March 20). But I was stopped by top BJP leaders,” he said.

They threw my father’s pictures on the road.” Visuals, from the eviction day, showed the family’s belongings photos of Ram Vilas Paswan, statues and photos of BR Ambedkar and other things strewn on the road outside the 12, Janpath estate.

“I have learnt one thing from my father – wherever you are, be completely honest. Nobody can accuse me of anything tomorrow. I entered into an alliance with the BJP in 2014 and, since then, I have been with them selflessly, even in the most difficult situations. I threw my support behind the alliance in 2017. But what was the end result?”

“I am free today. I am in Bihar and I will expand my organization and my party from here. There will no longer be any alliance with the BJP,” he asserted.

“The way the BJP and the JD(U) are running the government in Bihar and the growing rift between the two, it is clear that the state is headed for a midterm elections,” Chirag Paswan, who once positioned himself as the Hanuman to Prime Minister Narendra Modi’s Ram, said.

Since the death of my leader (his father Ram Vilas Paswan), I have been walking alone for the past one and a half years. I have fought the Assembly elections (in Bihar) alone. Then I fought the MLC elections alone. I am thinking of walking alone in the times to come,” Paswan told India Today TV.

Chirag Paswan’s Lok Janshakti Party contested the Bihar elections in 2020 alone. The party fielded candidates from 135 seats and managed to win just one.

On March 30, a central government team was sent to evict Lok Sabha MP Chirag Paswan from the 12, Janpath bungalow at the heart of the national capital, which was allotted to his father Ram Vilas Paswan. Ram Vilas Paswan served as a minister in both terms of the Modi government until his death on October 8, 2020.