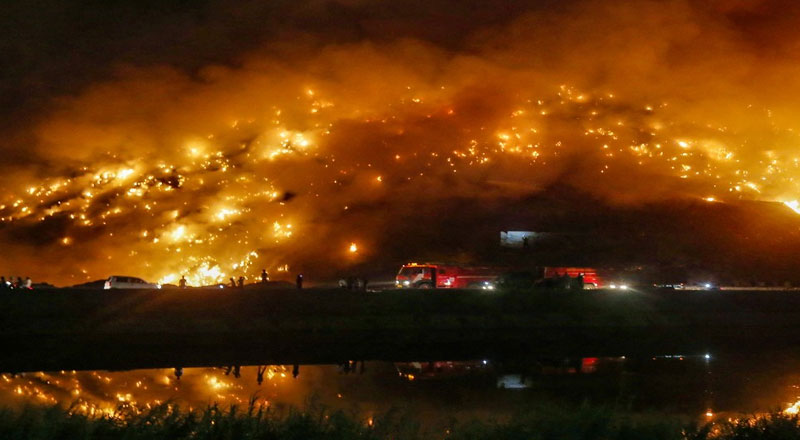 Environment Minister Gopal Rai has asked the Delhi Pollution Control Committee (DPCC) to submit a report on the Bhalswa landfill fire within 24 hours.

The Aam Aadmi Party (AAP) lashed out at the BJP and said the fire at the Bhalswa landfill will “finish” the saffron party which rules all the three civic bodies.

Fire breaks out again at Bhalswa landfill site. The fire is spreading to the nearby colonies, due to which the people there are finding it difficult to breathe,” senior AAP leader Durgesh Pathak tweeted.

“This Lanka of BJP’s corruption is burning. In this (fire) both the BJP’s arrogance and corruption will burn and finish the BJP,” he added.