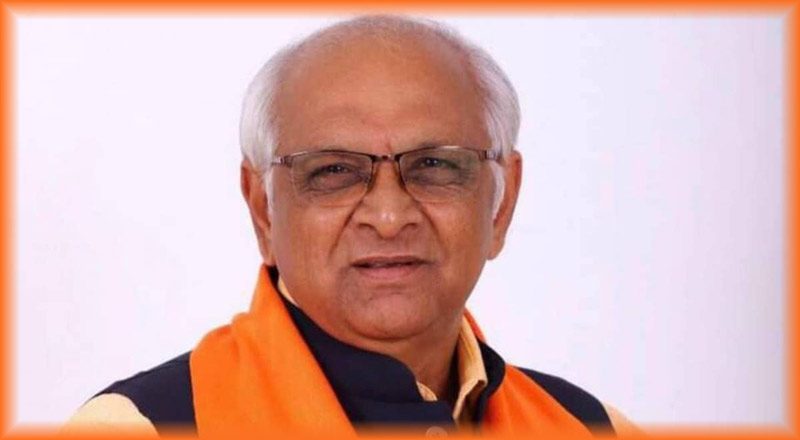 The MLA from Ghatlodia constituency in Gujarat’s Ahmedabad, Bhupendra Patel has been sworn in as the new chief minister of Gujarat. The sworn-in ceremony took place at Raj Bhavan in Gandhinagar at 2:20 pm on Monday. Governor Acharya Devvrat administered the oath of office with BJP leaders Amit Shah, Shivraj Singh Chouhan and others present on stage.

Following a legislative party meeting at BJP state party headquarters in Kamalam, the BJP sprang a surprise by announcing the name of the 59-year-old first-time MLA as the successor of Vijay Rupani.   Bhupendra Patel’s name was reportedly proposed by Vijay Rupani himself.

Bhupendra Patel, has previously served as president of Memnagar Municipality in Ahmedabad, and the standing committee chairman of Ahmedabad Municipal Corporation and Ahmedabad Urban Development Authority.

He won the 2017 Gujarat Legislative Assembly elections from Ghatlodia constituency at the age of 55, defeating Congress candidate Shashikant Patel by 117,000 votes.

After his appointment as the chief minister, Bhupendra Patel is expected to lead Gujarat BJP into the upcoming 2022 Gujarat assembly elections.