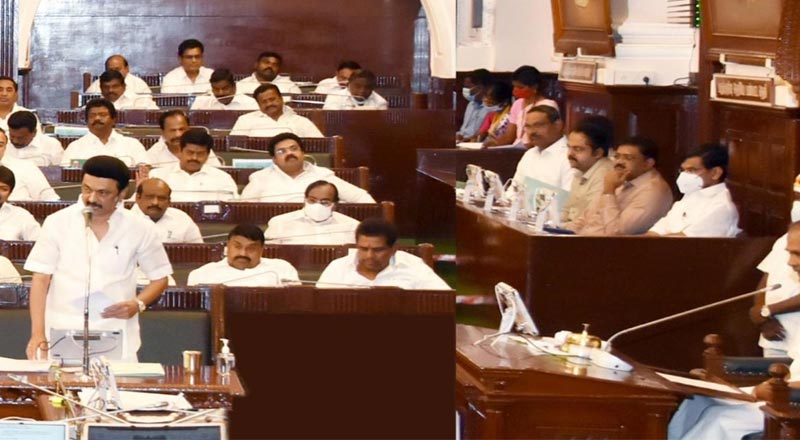 The Tamil Nadu Assembly on Monday has adopted a Bill empowering the state government to appoint Vice-Chancellors to 13 universities in the state.

Higher Education Minister K Ponmudy tabled the Bill to amend the Tamil Nadu Universities Laws to allow the state government to appoint VCs to the varsities.

The Bill is seen as an attempt to clearly restrict the power of the Governor as it has been adopted in the Assembly on a day when the Tamil Nadu Governor RN Ravi is holding a two-day conference of vice-chancellors of Tamil Nadu universities. The conference is held to discuss ideas and action plans for India’s “role in an emerging new world order” and India to be a world leader by 2047 at the Raj Bhavan in Ooty.

During his speech in the Assembly, Chief Minister Stalin said that there were 13 state-run universities in Tamil Nadu, and added that the state government — which is charged with making policy decisions — not having the power to appoint V-Cs is impacting higher education.

“While it has been the practice that the Governor consults with the democratically elected (government) on appointing V-Cs, that has been changing in recent times, especially the past four years. The Governor has been acting as if he has a special power in appointing VCs. This habit of not respecting the government, which has the job of providing higher education, can be seen,” he said.

In his speech, the CM further pointed out that the Justice Punchhi Commission constituted by the Government of India in 2007 to analyse Union government-state relations, chaired by Justice Madan Mohan Punchhi, had recommended that “the Governor should not be vested with the rights to appoint V-Cs, which has not been provided by the Constitution,” citing that there would be “clash of functions and powers.”

The BJP opposed the Bill at the introductory stage while the main opposition AIADMK, staged a walkout ahead of the passage of the Bill. Meanwhile, opposition party Pattali Makkal Katchi (PMK) supported the Bill. Another Bill, to include the Secretary to the Government in-charge of Finance as a syndicate member in all 13 public universities in the state, was also passed on Monday.