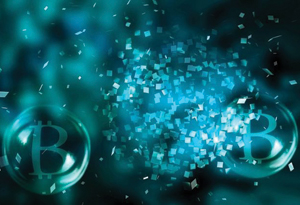 Bitcoin has been gaining popularity in one of the most populous countries in the world, India. However increased scrutiny from regulators is resulting in Bitcoin losing $140 billion from its record of $19,511 on Dec. 18 –

India being the home to the second-largest population (1.2 billion) in the world with 63% of its population under age 35, it has seen a phenomenal rise in interest among its people for Bitcoin. Blockchain is the technology that enables the existence of cryptocurrency. Bitcoin is the best-known cryptocurrency, and eventually led to the invention of blockchain technology, which has established itself as the driver and backbone in many fields.

Blockchain is a book of records that stores all kinds of data. A blockchain database, in contrast to all other databases, is stored in real time, and anyone can access its entire history of data. Bitcoin transactions have many advantages including ease of transfer, freedom from regulation, security, transparency, low fees, and reduced risks. India has been pushing the digital payments agenda rather strongly.

There are over 1300 virtual currencies in operation worldwide. In the present time, there are more than 1,000 cryptocurrencies with a combined market capitalization of almost $700 billion, with Bitcoin dominating 43%. The world’s leading trading firm Goldman Sachs is getting into cryptocurrencies soon.

As valuations reach new highs, the mood in cryptocurrency markets is increasingly being compared to the craze for dotcom companies at the turn of the century. Some Indian companies have already begun providing financial services through blockchain technology, a digital platform secured by cryptography, amid an ongoing debate on the usage of cryptocurrencies like Geocoin and Healtherium.

But apart from Bitcoin, there are more than 900 cryptocurrencies in the world. Now let’s take a look at the List of Cryptocurrencies in India. Indian entrepreneurs have been rushing to register businesses with the word “Bitcoin”, “crypto”, or “coin” in their names. Based on the Registrars’ data, “the registered entities include Bitcoin Bazaar, Bitcoin Exchange, Bitcoin Finconsultants, Bitcoin India Software Services, Bitcoin Services India, Bitcoiners India, Bitcoins India and Bit Coin Infotech. Other names include “Crypto Advisors, Crypto Futuristic Trades, Crypto Infotech, Crypto IT Services, Crypto Labs, Crypto Mining, Crypto Yo Coin India, Cryptocoin Solutions and Cryptomudra Digital Services.

Among the various crypto start-ups in the country, BitIndia is an exchange that brings Bitcoin, Ethereum, Ripple, and Litecoin to the masses. BitIndia also has a Wallet. John McAfee, founder of McAfee, well-known eponymous anti-virus company, is also an advisor and partner at BitIndia. BitIndia is the most convenient and secure way to buy, sell and secure cryptocurrencies in India. Due to the high banking rates prevailing in the country, people are moving towards digital currencies such as Bitcoin, ethereum and ripple. BitIndia would add huge diversity to the existing banking system prevailing in the country.

It’s no wonder that investment firms are trying to bring cryptocurrency investment to as many people as possible. Whatever the risk in Bitcoin over the long term, there’s plenty of money to be made now. Let us take the instance of India – RBC Capital that estimates of a future of $10 trillion market for cryptocurrencies and Sanjiv Bajaj, Director, Bajaj Finserv are also using blockchain technology to improve customer service.

Can BitIndia be the Paytm of digital money in India?

BitIndia is emerging as a total financial platform that provides users with a mobile wallet for their Apple and Android devices as well as their web browsers and allows them to store cryptocurrencies securely. They are also working on building an ‘instant exchange,’ which will allow people to transact between digital currencies and the local currencies — this even as the user will have complete control over their private keys.

India has identified 15 exchanges dealing with virtual currencies. There is some interesting news related to cryptocurrencies coming in from India. Reliance Jio Infocomm Limited is planning its own cryptocurrency, dubbed as JioCoin. Reliance Jio has been instrumental in changing the landscape of India’s telecom sector with its discount offers and very competitive tariffs. The company plans to hire 50 young professionals in an average age of 25 years for Akash Ambani to lead. There are multiple applications of blockchain (for the company). The team would work on various blockchain products.

Another corporate house in India, Sahara India is too going to launch its own crypto currency Healthureum, whose launch is expected soon. This crypto currency is based on Ethereum. The Healthureum is designed on the Ethereum based blockchain using smart contract technology to improve efficiency and interoperability of healthcare services.

After extreme variations in Bitcoin price, everyone is getting interested in the topic of cryptocurrencies! As a matter of fact, as part of the government’s cashless initiative, there has been ‘notable growth’ in the Bitcoin market in India. Till then wait and watch for the new policy and guideline to come from the Government on the legal trading of the cryptocurrencies.

Out of the total digital money in the world – roughly $84 trillion – Bitcoin accounted for $41 billion add other cryptocurrencies such as Litecoin, Monero, Ethereum and others to that number and the total amount in cryptocurrencies comes out close to $100 billion.

However, the increased scrutiny from regulators around the world that spread across the digital-coin realm in recent days, is wiping out more than $300 billion in value just since Jan. 13. Bitcoin’s losses reached $140 billion from its record of $19,511 on Dec. 18. It’s still higher by 1,000 percent in the past year.
Amid the dwindling prices of cryptocurrencies, the cybersecurity expert John McAfee has suggested the investors to not panic. McAfee who is also a cryptocurrency enthusiast blamed the crackdown on exchanges by Indian banks for the slide in their prices.

In a tweet, McAfee said, “Again…don’t panic. Banks in India are cracking down on accounts connected to crypto exchanges, causing the dip. But distributed exchanges are only a few months away. Impossible to crack down on.”

McAfee expressed his confidence in Bitcoin and said that it will be back in a month from whatever low it gets.

Earlier, top banks of the country which include State Bank of India, Axis Bank, ICICI Bank, HDFC Bank and Yes Bank had suspended some accounts of major Bitcoin exchanges in India on suspicion of dubious transactions.