Bitcoin or virtual currencies (VC) has grown to 20-fold rise to reach new high to 3000% this year. It is like the elephant in the room, a lot of people don’t want to talk about it because they have invested in it. Bitcoin does not have a legal status as a currency in most of the world, and authorities usually do not know how best to approach thefts. Some larger exchanges have replaced customer funds after a theft from the exchange itself, but at this stage they are not legally obliged to do so.

The entire process works with blockchain, which is a record of all transactions on a decentralised network of computers across the world.

Bitcoin has provoked to gambling. Bitcoin is a decentralized global digital currency that runs on a peer-to-peer network called the blockchain. It was launched in 2009 by a person or group of people operating under the name Satoshi Nakamoto. The currency obeys its own internal logic. Bitcoin has hit a tipping point of mainstream popularity. One of the biggest U.S. Bitcoin exchanges, Coinbase, had signed up some 12 million customers and is the world’s largest bitcoin broker and is available in the United States, UK, Canada, Singapore, and most of Europe. Bitfinex has dominated the world’s Bitcoin trade on exchanges, with a 41.72% market share over the last few days, with the next biggest player is the US-based exchange being Coinbase with 25.78% market share.

At this time, the largest full trading exchanges by volume are Bitfinex (Hong Kong), Bitstamp (US), BTC-e (unknown), Kraken (US), Huobi (China and Hong Kong), OKCoin (China), BTCC (China), Coinjar (an exchange and wallet provider and is the market leader in Australia) and Zedpay for the Indian market, allowing users to buy, sell and store bitcoin. Deposits can be made via any national online bank or through NEFT/RTGS. Registration with a PAN card is necessary to use the site’s services. The Nasdaq Stock Market will start a bitcoin future site on its commodities trading platform in 2018.

Cryptocurrency, which is an umbrella term for Bitcoin and Altcoins like Ethereum, Dash, Monero etc, is bound to change the way we look at money. Industry leaders like Bill Gates and Richard Branson have expressed their support for Bitcoin and Blockchain technology. Bitcoin experts like Andreas Antonopoulos believe, “It’s the Internet of Money”. However, other financial gurus and investors such as, Warren Buffett and Nobel laureate Robert Shiller have called it a bubble. James Dimon, CEO, JPMorgan Chase criticising Bitcoin says, “If we have a trader trading Bitcoin, I would fire them in a second…It’s worse than Tulip Bulbs.”

Bitcoin has hit several milestones as it has surged from around $1,000 at the beginning of the year to a record of nearly $20,000 weeks back – from the introduction of bitcoin future trading on the CBOE and CME to the emergence of specialized investment products.

There are many interesting stories that point out how people have become significantly richer, luckier with their early investments in bitcoin. The Winklevoss twins, who fought a legal battle with Mark Zuckerberg over the idea behind Facebook, reportedly invested $11 million out of their $65 million settlement in bitcoin in 2013, which is now worth $1.6 billion. Then there are others like venture capitalist Tim Draper, who invested in the likes of Tesla, Skype and Hotmail, and who reportedly has bitcoins worth over $530 million. 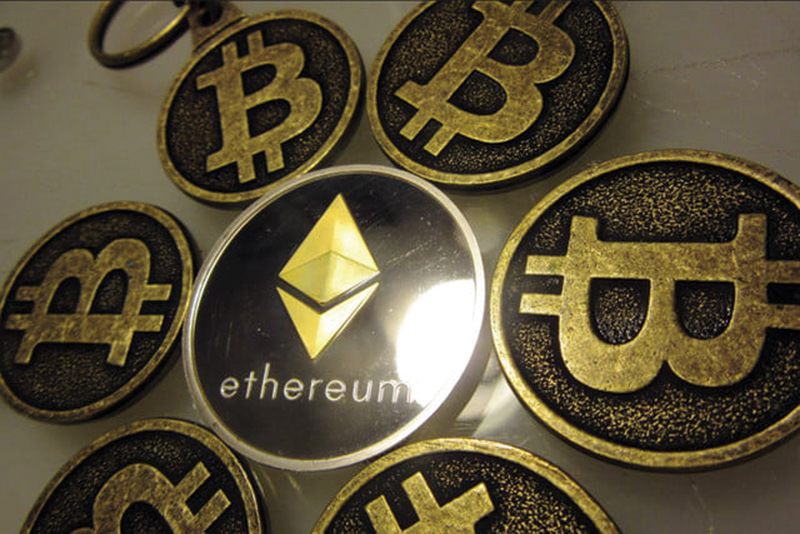 Both Bitcoins and oil have common constraint of limited supplies. Total Bitcoins in circulation is 16,765,150. Total Bitcoins to ever be produced is 21,000,000. Percentage of total Bitcoins mined is 79.83%. Total Bitcoins left to mine is 4,234,850. Total Bitcoins left to mine until next blockhalf is 1,609,850. Bitcoin price in USD is $16,368. Market capitalization in USD is $274,411,975,200. In case of bitcoins, it is just 21 million bitcoins that can be mined, whereas the lifespan of oil reserves is just around 50 years. In the case of bitcoins, the mining can be done for close to 150 years. More technology brains will put their minds and money in it. Before the end of the decade the supply may outstrip the demand, leading it to being eventually stabilized. Bitcoin and Ethereum are both cryptocurrencies, but they’re quite different, bitcoin entered this world as the first global cryptocurrency in 2009 and Ethereum came in 2015 as a potential alternative.In comparison, the experts says, bitcoin is better at storing value than Ethereum, at least for now, Ether has quickly become a preferred method for transferring wealth to and from people and entities.

So is Bitcoin Secure?

Bitcoin miners help keep the Bitcoin network secure by approving transactions. Mining is an important and integral part of Bitcoin that ensures fairness while keeping the Bitcoin network stable, safe and secure. Bitcoin nodes use the block chain to distinguish legitimate Bitcoin transactions from attempts to re-spend coins that have already been spent elsewhere. Since mining of bitcoins is going to get more and more difficult every 4 years, security of bitcoins will become more difficult with use of multi layered passwords and complex protocols. Like oil, bitcoins is a huge learning curve.

Bitcoin mining is the process of adding transaction records to Bitcoin’s public ledger of past transactions or blockchain. This ledger of past transactions is called the block chain as it is a chain of blocks. The block chain serves to confirm transactions to the rest of the network as having taken place. With Bitcoin, miners use special software to solve math problems and are issued a certain number of bitcoins in exchange. This provides a smart way to issue the currency and also creates an incentive for more people to mine.

Bitcoin can also become volatile when the Bitcoin community exposes security vulnerabilities in an effort to produce massive open source responses in the form of security fixes. Unlike other investment avenues, cryptocurrencies are not regulated by government entities or banks. Because Bitcoin is on the internet, they are even easier to steal and much harder to return and trace. It is similar to how a theft from your personal wallet occurs due to a security or password lapse on your part, but you do not have any guaranteed way to recover your funds. There are however many Venture Capitalists who are investing in start-ups working on blockchains, accounting tools that use networks of computers to collectively sustain mutually trusted, shared ledgers of transactions, without relying on any outside institutions as middlemen.

The researchers from security firm GuardiCore Labs have recently analysed thousands of attacks launched in recent months and identified at least three attack variants—Hex, Hanako, and Taylor—targeting different MS SQL and MySQL servers for both Windows and Linux. Even cryptocurrency mining virus is spreading through Facebook Messenger. Like, if you receive a video file (packed in zip archive) sent by someone on your Facebook messenger — just don’t click on it. Once clicked, the malware infects victim’s computer and downloads its components and related configuration files from a remote command-and-control (C&C) server.

Why People use Bitcoin?

Bitcoin’s sound monetary policy is one of its most important features. It’s possible to see when new bitcoins are created or how many bitcoins are in circulation.

Bitcoins can be sent from anywhere in the world to anywhere else in the world. No bank can block payments or close your account. Bitcoin is censorship resistant money. It makes cross border payments possible, and also provides an easy way for people to escape failed government monetary policy.

The internet has made information global and easy to access. A sound, global currency like Bitcoin will have the same impact on finance and the global economy.

At present, 1 Bitcoin equals to 929104.83 Indian Rupee Bitcoin. There are at least 15 bitcoin exchange forums, with the majority being set up over the past two years. However, like in many other countries Bitcoin has not become prevalent yet in India. This gets reflected in a speech by Finance Minister Arun Jaitley in which he said, “Recommendations are being worked at. The government’s position is clear, we don’t recognize this as legal currency as of now.”

This came after the Supreme Court of India issued a notice to the nation’s central bank and related financial ministries to hasten their regulatory mechanisms with regard to bitcoin.

To check the rise of Bitcoin users, the Reserve Bank of India (RBI) issued its third warning about trading of virtual currencies such as bitcoin. Bitcoin trading soared in India recently with some of the country’s top exchanges Zebpay, Coinsecure, Unocoin, and Bitxoxo reporting a huge influx of new users as well as massive trade volumes. Some of the new interest in bitcoin comes from ‘high net worth’ individuals who might have pushed the tax authorities to send a signal with this latest action.

Recently, it has been reported that multiple teams of detectives from the tax department, under the command of the Bengaluru investigation wing, surveyed the trading venues in Delhi, Bengaluru, Hyderabad, Kochi, and Gurugram. Reports called this the first big action against the exchanges operating in the country, suggesting more to come. It is set to send notices to 4 to 5 lakh high net worth individuals (HNI) who were trading on this unregulated virtual currency across the country.

Official sources said that the department has found that out of the estimated 20 lakh entities registered on these exchanges, about 4 to 5 lakh were “operational” and indulging in transactions and investments.

However despite RBI’s warning and cautioning people against the use of virtual currencies, 3,000 Indians are investing in Bitcoins daily. A domestic Bitcoin exchange said that it is adding over 2,500 users a day and has reached five lakh downloads. Zebpay, an app-based Bitcoin exchange, said it has had five lakh downloads on the Android operating system and is adding more than 2,500 users every day.

Saurabh Agrawal, CEO and Co-founder, Zebpay, a Bitcoin exchange, agrees, “One needs to pay tax on profits made from investing in Bitcoin. One should declare the income while filing taxes.

Archit Gupta, Founder & CEO ClearTax, says, ” Even though Bitcoins are not specifically mentioned in the income tax act, Bitcoins are assets which are usually owned so holder can gain from an increase in its value. In that sense, they acquire the definition of capital gains. Which is a wide definition as per the Income Tax Act.

The worst part is that there is no authority like Sebi that you can approach for grievance redressal. The price of a Bitcoin has more than tripled. A leading investor says, “Investors should not put away more than 1-2% of net worth in bitcoin. You should be prepared to lose it”.

Despite this, there are cryptocurrency dealers like Pluto Exchange that announced the launch of India’s first mobile application for transacting in the virtual currency. The company’s Chief Executive Bharat Verma said that his company is all set to launch the country’s first app-based wallet that enables bitcoin transactions using a mobile number. 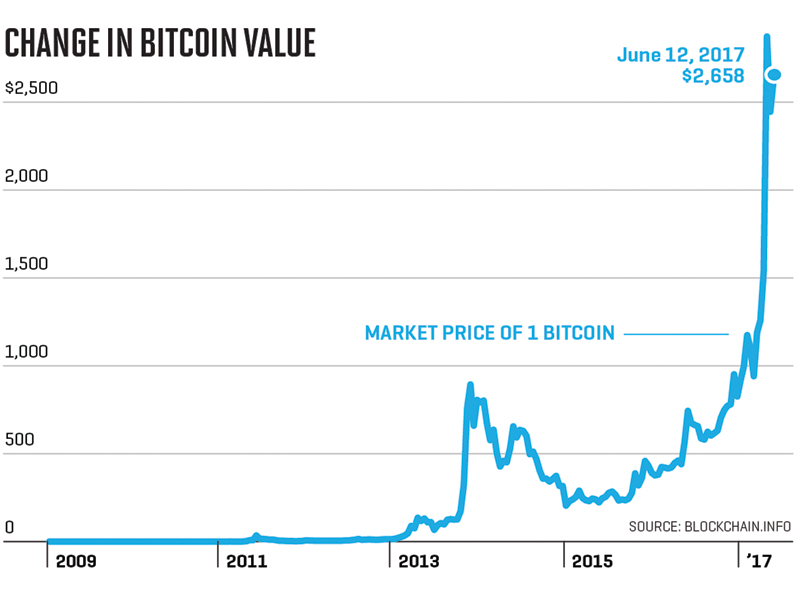 “Cryptocurrencies could be difficult to understand and invest probably, because they are erroneously named. The coins are created by users who ‘mine’ them by lending computing power to verify other users’ transactions. They receive bitcoins in exchange. The coins also can be bought and sold on exchanges with US dollars and other currencies. In the US and Canada, all digital currencies are given the status of commodities. They are widely used in the derivatives market and can be bartered.”