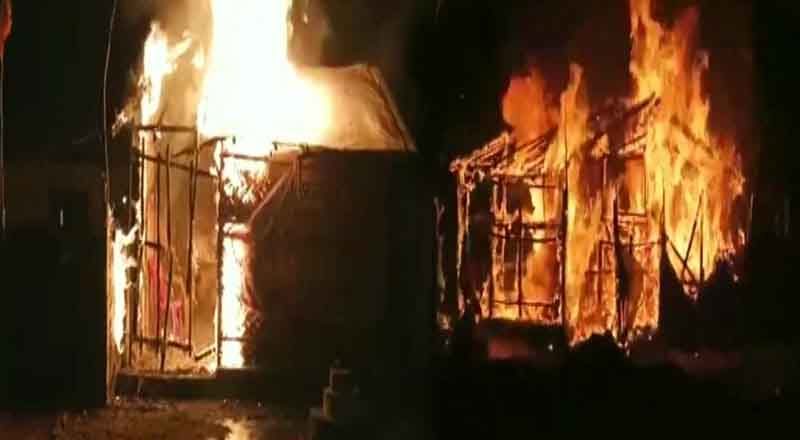 A BJP office in the Paschim Burdan district of West Bengal was turned down into ashes, following which the saffron party has put the blame on TMC, the ruling party in the state. The party office in Salanpur area in Asansol was set ablaze on Sunday night and an investigation is on to ascertain the cause of fire, a senior police officer said.

TMC has however clearly denied the accusations. It states that the incident is the result of agitation between the goons and the saffron party.

“As a part of an initiative by the Union Minister Babul Supriyo, BJP workers distributed blankets to the tribals in the area on Sunday morning, following which TMC activists set fire to our office”, said BJP leader Abhijit Roy.

Dismissing the allegations, Salanpur’s TMC MLA Bidhan Upadhyay said the incident was a result of brawl between the goons of BJP.

“Lottery tickets were sold at the entrance of the BJP party office and the goons affiliated to the party used to consume liquor there. This incident is a result of a brawl between them,” he said.