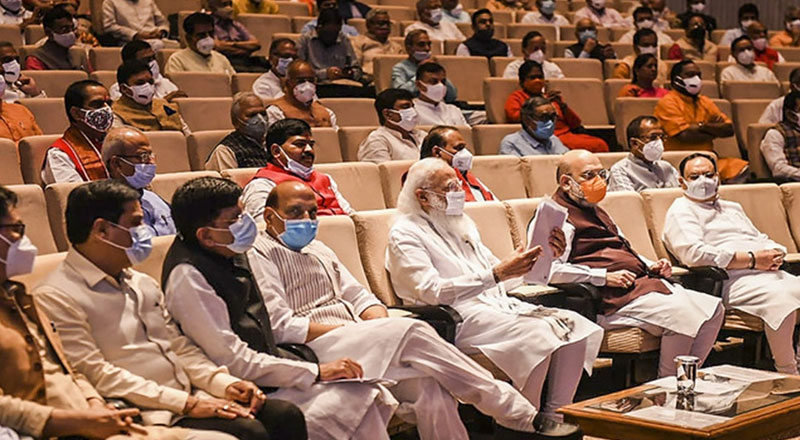 Bharatiya Janata Party’s Parliamentary Party meeting will be held on Tuesday at Ambedkar Bhavan in the national capital at 9.15 am, said sources.

Prime Minister Narendra Modi will also attend the BJP Parliamentary party meeting The BJP chief JP Nadda is likely to lead the party leaders in giving a rousing welcome to PM Modi at the meeting. The Prime Minister had led the poll campaign for the BJP in all the states in the recently concluded Assembly elections.

As per the sources, PM Modi can also address the BJP leaders in the meeting. The meeting comes days after the party won Assembly elections in four states.

Earlier on Monday, PM Modi was given a rousing welcome by BJP MPs in Lok Sabha on the first day of the second part of the Budget Session.

The BJP Parliamentary Board has appointed Central observers and co-observers for the elections of the leaders of the legislative party in Uttar Pradesh, Uttarakhand, Manipur and Goa Assembly.

The last such BJP Parliamentary party meeting was held on 21 December 2021,
which was also attended by the Prime Minister. (ANI)