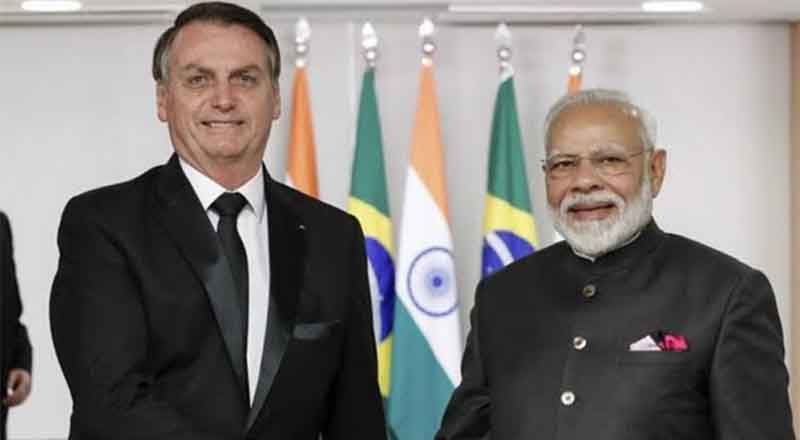 As the 71st Republic Day is round the corner, the preparations are in full swing. This year Brazilian President Jair Bolsonaro will attend the January 26 ceremony as the chief guest. PM Modi had extended the invitation to him last year.

The invitation to Bolsonaro is a part of Indian government’s outreach to Latin and South America, including exchange of high level visits to boost trade and investments.

The choice of a chief guest at the Republic Day celebrations is influenced by several factors, including strategic relations and commercial interests. This will be Bolsonaro’s first visit to India since the far-right politician assumed the office of president in January last year.

He will be the third Brazilian president to be the chief guest at the Republic Day celebrations after Fernando Cardoso in 1996 and Luiz Inacio Lula da Silva in 2004.

The Brazilian president will be on a state visit to India from January 24 to January 27 with an aim to boost its $7 billion annual bilateral trade with India to $25 billion in the next few years, among other ties.

Captain Tania Sher Gill of the Indian Army will be the parade adjutant at the Republic Day parade after she led all-men contingents at the Cariappa Parade Ground in Delhi Cantonment for the first time in the history of the Army Day.

The Indian Air Force’s (IAF) Apache attack helicopters and Chinook heavy-lift choppers will make their debut at this year’s Republic Day fly-past, which is one of the most popular elements of the annual parade.