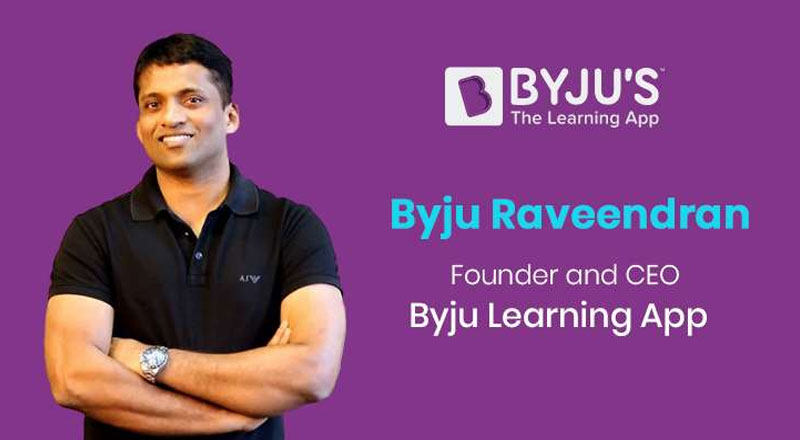 Byju’s app was developed by Think and Learn Pvt. Ltd, a company which was established by Byju Raveendran, Divya Gokulnath and a group of students in 2011. Byju Raveendran and his family is now the third richest entrepreneur from the education sector in the world.

Raveendran’s start-up Byju’s runs on a freemium model and trains students for Indian examinations like IIT-JEE, NEET, CAT and IAS, as well as international ones such as GRE and GMAT. The vision of Byju has attracted a pool of investors to invest in the company. Byju’s has about 12,000 employees and trainees and has been backed by investors like Mark Zuckerberg, Tencent, Sequoia, SilverLake, BlackRock, Naspers, General Arlantic, Riger Global, Lightspeed Venture, Times internet and various other investors in the company.

The COVID seems to have brought a fortune to the entire edtech sector in the country.

Byju’s has raised $800 million in a fresh funding as part of a pre-IPO round, the education technology firm said on Friday. The round, which comes ahead of its planned initial public offering (IPO), values the Bengaluru-based company at about $22 billion, people aware of the development said. Sumeru Ventures, Vitruvian Partners, and BlackRock were the other investors who participated in the capital raising.

Post this funding, Indian law makers are now pointing out a probable fraud that happened in Byju’s finances.

Recently, the member of Parliament Karti P Chidambaram, said he has written to the India’s Serious Fraud Investigation Office (SFIO) to launch a thorough investigation into the finances of the edtech decacorn Byju’s.

“It’s imperative that a thorough investigation is launched,” he tweeted. He has pointed at a number of news reports to highlight “grave allegations” against the edtech company concerning its finances.

Chidambaram cited the $800 million funding round raised by the edtech decacorn in March this year. Chidambaram referred to a news report saying that the Series F preference shares worth ₹571 crore were allotted to Vitruvian Partners. However, there has been no such filing in the case of Sumeru Ventures or Blackrock since the funding announcement in March. “This raises a question of the missing ₹2,500 crore in the company’s funding,” he stated.

The second issue he pointed out was related to the ₹1,200 crore funding from Oxshott Capital Partners in October last year. “Nine months on and Byju’s has confirmed that it has not yet received this funding from the investor,” he said.

The third issue was related to Byju’s non-filing of its cost audit report for fiscal 2020-21. “As per a news report from July 2, 2022, Byju’s has not yet gotten its financial statements for FY2020-21 audited from its auditor Deloitte, and will take more time to file the Cost Audit Report to the Ministry. This is in clear violation of Rules 6 (5) of the Companies (Cost Records and Audit) Rules, 2014,” he said.

The most valued company is under the scanner from past months over its delay in filing audited financials as well as over its March funding round. Besides, the company’s subsidiaries have had to lay off staff in the past weeks amid a funding crunch.