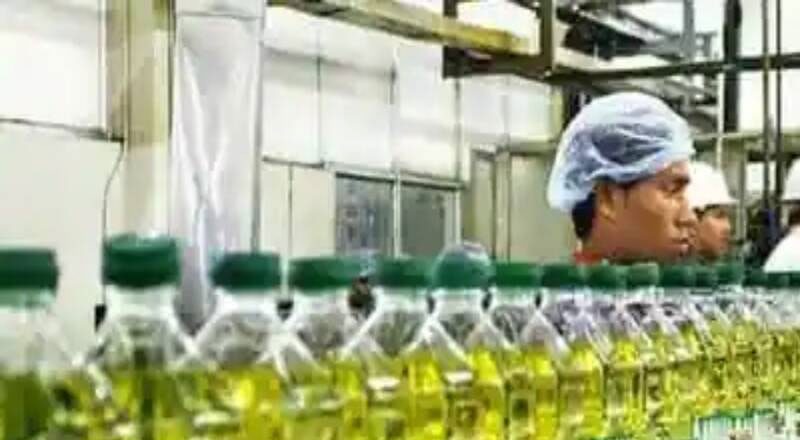 A financial outlay of Rs.11,040 crore out of which Rs.8,844 crore is the share of Government of India

Focus on increasing area and productivity of oilseeds and Oil Palm

Assistance to seed gardens specially for North-East and Andaman regions

The Union Cabinet, chaired by the Prime Minister Shri Narendra Modi has given its approval to launch a new Mission on Oil palm to be known as the National Mission on Edible Oils – Oil Palm (NMEO-OP) as a new Centrally Sponsored Scheme with a special focus on the North east region and the Andaman and Nicobar Islands.  Due to the heavy dependence on imports for edible oils, it is important to make efforts for increasing the domestic production of edible oils in which increasing area and productivity of oil palm plays an important part.

A financial outlay of Rs.11,040 crore has been made for the scheme, out of which Rs.8,844 crore is the Government of India share and Rs.2,196 crore is State share and this includes the viability gap funding also.

The scheme will immensely benefit the oil palm farmers, increase capital investment, create employment generation, shall reduce the import dependence and also increase the income of the farmers.

Since 1991-92, many efforts have been made by the Government of India  to increase the production of oilseeds and oil palm. The oilseeds production has increased from 275 lakh tons in 2014-15 to 365.65 lakh tons in 2020-21.  For harnessing the potential of palm oil production, in the year 2020, an assessment has been made by the Indian institute of Oil Palm Research (IIOPR) for cultivation of oil palm which has given an assessment of around 28 lakh ha.  Thus, there is huge potential in oil palm plantation and subsequently production of Crude Palm Oil (CPO). At present only 3.70 lakh hectares is under Oil Palm cultivation. Oil palm produces 10 to 46 times more oil per hectare compared to other oilseed crops and has yield of around 4 tons oil per ha. Thus, it has enormous potential for cultivation.

Keeping the above in view, and also the fact that even today around 98% of CPO is being imported, it is proposed to launch the Scheme to further increase the area and  production of CPO in the country.  The proposed scheme will subsume the current National Food Security Mission-Oil Palm programme.

There are two major focus areas of the Scheme. The oil palm farmers produce Fresh Fruit Bunches (FFBs) from which oil is extracted by the industry. Presently the prices of these FFBs are linked to the international CPO prices fluctuations.  For the first time, the Government of India will give a price assurance to the oil palm farmers for the FFBs. This will be known as the Viability Price (VP).   This will protect the farmers from the fluctuations of the international CPO  prices and protect him from the volatility.   This VP shall be the annual average CPO price of the last 5 years adjusted with the wholesale price index to be multiplied by 14.3 %.  This will be fixed yearly for the oil palm year from 1st November to 31st October. This assurance will inculcate confidence in the Indian oil palm farmers to go for increased area and thereby more production of palm oil.  A Formula price (FP)  will also be fixed which will be 14.3% of CPO and will be fixed on a monthly basis. The viability gap funding will be the VP-FP and if the need arises, it would be paid directly to the farmers accounts in the form of DBT.

The assurance to the farmers will be in the form of the viability gap funding and the industry will be mandated to pay 14.3% of the CPO price which will eventually go up to 15.3%.  There is a sunset clause for the scheme which is 1st November 2037.  To give impetus to the North-East and Andaman, the Government will additional bear a cost of 2% of the CPO price to ensure that the farmers are paid at par with the rest of India.  The states who adopt the mechanism proposed by the Government of India would benefit from the viability gap payment proposed in the scheme and for this they will enter into MoUs with the Central Government.

The second major focus of the scheme is to  substantially increase the assistance of inputs/interventions.  A substantial increase has been made for planting material for oil palm and this has increased from Rs 12,000 per ha to  Rs.29000 per ha. Further substantial increase has been made for  maintenance and inter-cropping interventions. A special assistance @ Rs 250 per plant is being given to replant old gardens for rejuvenation of old gardens.

To address the issue of shortage of planting material in the country, seed gardens will be provided assistance up to Rs.80 lakhs for 15 ha. in Rest of India and Rs.100 lakhs  for 15 ha in North-East and Andaman regions.  Further, assistance for seed gardens @ Rs.40 lakhs and Rs.50 lakhs for Rest of India and North-East & Andaman regions respectively. Further Special assistance will be provided for the North-East and the Andaman regions in which special provisions is being made for half moon terrace cultivation, bio fencing and land clearance along with integrated farming.   For capital assistance to the industry, for the North East states and Andamans, a provision of Rs 5 core of 5 mt/hr unit with pro rata increase for higher capacity. This will attract the industry to these regions.