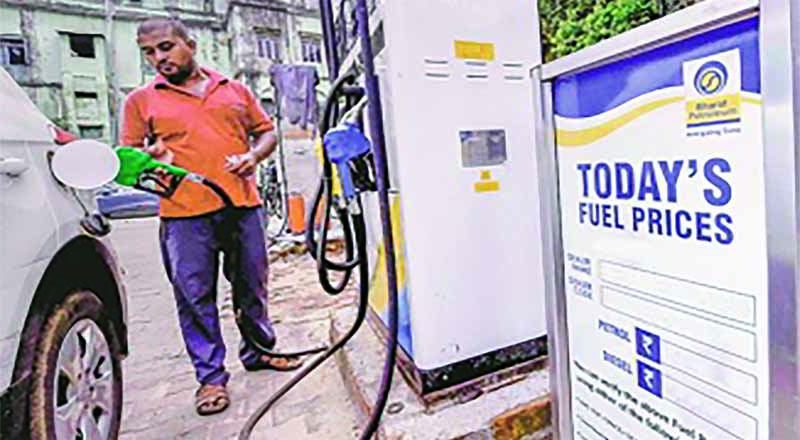 The Cabinet Committee on Economic Affairs on Wednesday approved the strategic disinvestment of the Centre’s entire stake in Bharat Petroleum (BPCL), Shipping Corp, THDC India, and NEEPCO, and most of its stake in Container Corp, while giving up management control in these companies.

It also gave an in-principle approval for the government to reduce stake in certain state-owned companies to below 51 per cent in some while retaining majority stake management control.

These major divestment decisions were taken even as the government races against time to meet its highest ever divestment target of Rs 1.05 trillion for 2019-20. The Centre hopes that disinvestment proceeds will make up for some of the revenue shortfall that is expected this year.

While announcing the decisions in a post-Cabinet meeting media briefing, Finance Minister Nirmala Sitharaman said privatisation of BPCL will be without the company’s equity shareholding of 61.65 per cent in Numaligarh Refinery in Assam.

“The Numaligarh Refinery will be carved out of BCPL and will be taken over by another state-owned company,” said Sitharaman.

Numaligarh Refinery is the largest producer of paraffin wax in the country. The GRM of NRL during FY19 was seen at $11.8 a barrel. The remaining 38.35 per cent stake is held by the Assam government (12.35 per cent) and Oil India (26 per cent).

The major reason why Numaligarh was kept out of the strategic disinvestment was because of its importance being part of the Assam Accord of 1985 signed between All Assam Students’ Union and the Centre following the anti-immigrant agitation.

Assam Chief Minister Sarbananda Sonowal had also written to Prime Minister Narendra Modi that the state is attached to the “Accord refinery” and hence it should be kept out of the strategic sale.

Sitharaman also said NTPC will buy the Centre’s entire stake in two unlisted companies, THDC India and NEEPCO. The Centre owns 74.23 per cent in THDC, with the rest owned by Uttar Pradesh. It owns 100 per cent stake in NEEPCO.

While the Department of Investment and Public Asset Management is appointing transaction advisors and asset valuations for these deals, the centre’s internal calculations show that NTPC’s acquisition of the companies could fetch the exchequer around Rs 8,000 crore, as reported in Business Standard earlier.

“The CCEA has given the clearance or in-principle approval for enabling the reduction of government of India paid up share capital in certain CPSEs while retaining management control,” Sitharaman said. This move is different from an outright privatisation as the centre will continue holding a majority stake and management control in these firms and they will still be classified as public sector enterprises.

These firms are those in which the centre already has a stake below 60 per cent, and could include Indian Oil (current government stake 51.5 per cent), NTPC (54.50 per cent), Bharat Electronics (58.83 per cent), BEML (54.03 per cent), Engineers India (52 per cent), GAIL India (52.66 per cent) and National Aluminum Co (52 per cent). The stake in these companies is likely to be pared through offers for sale (OFS) on the exchanges. This gives shape to a budget promise.