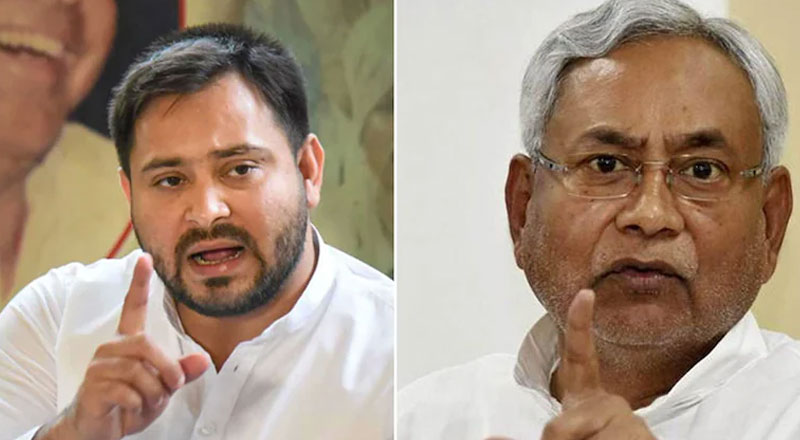 Tejashwi Yadav has asked Bihar Chief Minister Nitish Kumar to clarify his position on the caste census within 72 hours.

Leader of Opposition in the Bihar Assembly, Tejashwi Yadav, has asked chief minister Nitish Kumar to contact him within the next 48 to 72 hours to discuss the caste census issue, failing which he will devise a new strategy.

The chief minister should clarify his position on conducting a caste census, said Tejashwi, adding that Nitish Kumar had promised to conduct a caste census in Bihar but has been delaying it for several months.

“The state government is trying to avoid the issue. The chief minister wants to suppress this matter, which is why he is working on a delay strategy on this issue,” Tejashwi Yadav said.

The RJD leader accused Nitish Kumar of dragging his feet on granting Bihar special status in the same way.

“Nitish initially lobbied the government for special status for Bihar, but he is now silent on the issue,” he said.

Tejashwi further hit out at Nitish, saying that the Bihar government is now operating from Nagpur due to the Chief Minister’s working style.

He charged the Nitish government with instilling constant tension and said that communal forces are trying to break the state’s brotherhood.

He also stated that major issues such as inflation, migration, and poverty are being ignored, while Hindu-Muslims, mosques, temples, loudspeakers, and bulldozers are given prominence in the country.