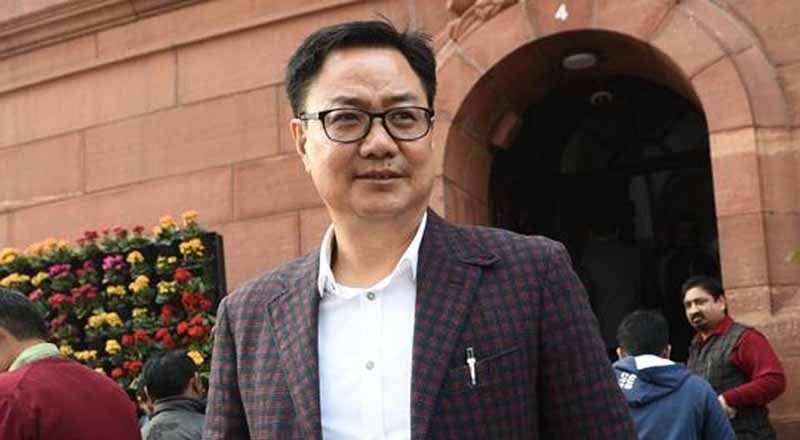 Minister of Youth Affairs and Sports (independent-in-charge) Kiren Rijiju on Tuesday said the CBSE was preparing a system to ensure sports becomes a substantial part of education to determine the achievement of a student.

“Prime Minister (Narendra Modi) has already announced setting up a Board for Sports Education. Now, under the new education policy, sports will become a part of education and the CBSE is preparing a system to ensure sports becomes a substantial part of education,” Rijiju said.

Rijiju said the move to induct sports in the new education system was because it has been treated as an extra-curricular activity.

“Earlier, sports was treated as extra-curricular activities. Sports was not part of education system and it was treated as an extra,” he said. Under the new initiative, the Minister said the Central Board of Secondary Education was preparing a system and sports would not be treated as an extra or just an option. “Sports is the central part of education system now. There is a major shift we are taking forward. Prime Minister is very clear in that,”he said.

Later talking to reporters, he said his Ministry was in touch with Human Resources Development Ministry in this regard. “I have already attended the cabinet meeting and I have already spoken there. Now, it is under preparation (to include sports in educations system). Policy has been accepted. How to implement, when to start, this will depend on the preparation.

Modi government is treating sports as greatest priority ever and that is how India will become a sporting powerhouse in future,” he said. On the 2020 Olympics in Tokyo, he said it was just 10 months away and one cannot create a champion overnight. “It takes years for a player to become a champion. So, we will go to the Tokyo 2020 Olympics with full preparation but with existing talents. We have decided to give the best possible support system, including creating an India House pavilion in Tokyo,” he said.

The India House, he said, would offer complete support to Indian athletes like food, transport and provision of accommodation. “Everything will be managed by India House and we must ensure full preparatory support to our team,” he said. He said the next big target for India was that it should be in the top 10 medal list in the world since in Rio de Janeiro olympics, India managed to secure only two medals.

He said the Olympics in Paris would be held in 2024 and in 2028 in Los Angeles. “I met all heads of sports federations and the target in 2024 we have to cross double-digit medal tally and by 2028 Olympics, India must be in the top 10 medal list of the world.

There is no second thought. We must be clear in our objective. Otherwise, how will India become a sporting powerhouse,” he asked. To a query, he said Tamil Nadu has a great sports culture and the state has huge potential to produce more talents in future.

“A total of 14,000 young boys and girls has been identified and put into various training centres under Khelo India schemes and through Sports Authority of India. We want to enlarge that,” he said.